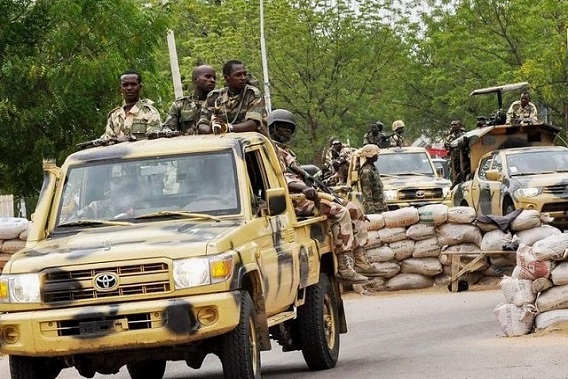 The Nigerian Army on Thursday, April 2; said it had launched a “massive” joint offensive with troops from Chad and Niger against jihadists waging a decade-long insurgency in the region.

Nigerian Army said attacks by fighters from Boko Haram and a splinter group affiliated to the so-called Islamic State group had “necessitated the contiguous nations of the Lake Chad basin to jointly launch this massive onslaught”.

Details about the operation were sketchy. Nigeria has made repeated claims in the past to have rolled back the insurgents.

The 10-year revolt has left at least 36,000 dead; and displaced around 1.8 million people in northeast Nigeria alone.

The conflict has spilt over into neighbouring countries as the Islamists have established camps; and launched attacks against military and civilian targets.

The countries around Lake Chad have set up a multinational force to counter the jihadists; but it has so far failed to end the bloodshed.

The militants on March 23 killed at least 98 Chadian soldiers in an attack on an island army base in Lake Chad.

Chadian President Idriss Deby Itno declared the surrounding area a “war zone”; as he pledged a “lightning response” to the killings.

Chad earlier withdrew some 1,200 troops from Nigeria in January after a months-long mission battling the jihadists