Comrade Adams Oshiomole, the former national leader of the All Progressives Congress, recently posted a video to his verified Facebook page in which he addressed the local residents of his state regarding the upcoming presidential election. 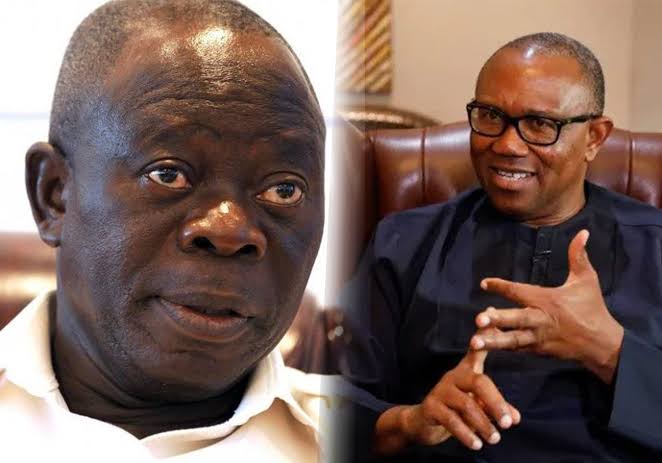 In his speech to them, Adams Oshiomole urged the crowd to choose a strong candidate in the upcoming presidential election who would improve the warfare of the country.

How do you believe Peter Obi can empower you, he asked, when he couldn’t even empower his own son to buy a car? Adams Oshiomole questioned in reference to Peter Gregory Obi of the Labour Party. He revealed that he only wears one wristwatch and that he consciously chose not to buy his son a car. I learned he ran a non-issues-based campaign.

Continuing, the former governor of Edo State stated, “I have the same khaki in 10 different colours, but if I also said that that was the only one I owned, you would believe me. I can choose to keep changing it to give the impression that I only have one.”

Finally, the former governor of Edo State said, “Nigeria youths need to be careful with Peter Obi because he’s merely pretending . Nigerians do not need a trader; they need a producer or a manufacturer.”

LP Chieftain, Ozigbo Reacts To The Rumor Of An “Abuja Meeting” With The Atiku Camp