Skip to content
You are here: Home » NEWS » Ngige advises graduates to stop relying on FG for jobs

Ngige advises graduates to stop relying on FG for jobs 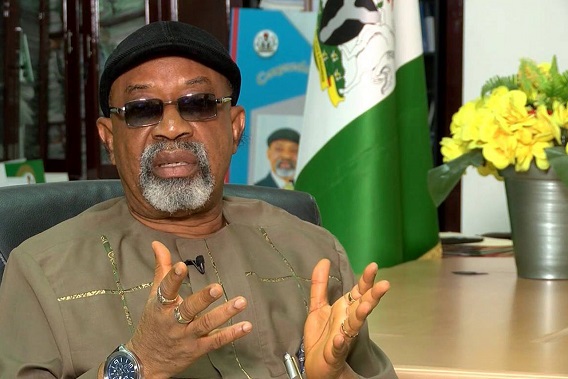 The Minister of Labour and Employment, Chris Ngige, on Monday, February 10; advised unemployed graduates to stop expecting the Federal Government to provide public sector jobs to all of them.

Ngige further explained that there are more sustainable lucrative opportunities outside the government establishment.

According to a statement signed by the Head of Press at the ministry, Charles Akpan; the minister made the call at a Townhall Meeting on Popularisation of blue/green collar jobs; among graduates of tertiary institutions in Nigeria held in Benin, Edo State.

Ngige reminded the participants that the wealthiest youths in the world today are not government employees.

The statement read: “The minister also urged Nigerian youths to invest their talent in other job sectors, as the richest youth of the world, aged between 21 and 31 years; are not employees of government but smart entrepreneurs who distinguished themselves in creative skills in various areas.

“The minister disclosed that the purpose of the meeting, which held concurrently in four other geo-political zones of the federation, was to sensitise representatives of key stakeholders in graduate employment on the benefits of blue/green-collar jobs as an alternative response to the challenges of graduate unemployment.”