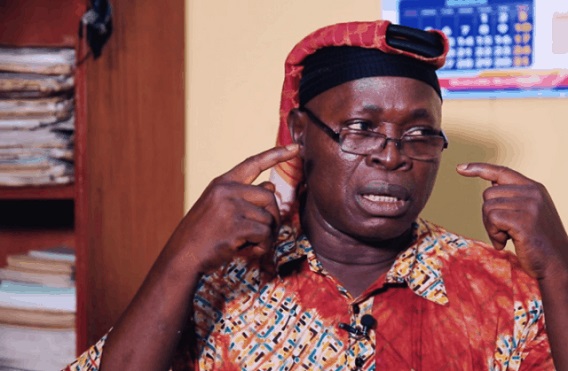 The Muslim Rights Concern (MURIC) on Monday, February 4; reacted to the arrest of a suspected bomber in Kaduna church.

MURIC lamented that it is not surprising that the suspected bomber is a Christian.

The director of the organisation, Ishaq Akintola in his statement said the arrest of the suspected bomber, Nathaniel Samuel at a Living Faith Church in Sabo area of Kaduna on Sunday, February 2, is an opener.

Akintola further revealed that the suspected bomber is a Christian.

The MURIC boss said concerns have been raised several times; on the presence of Christain version of the dreaded Boko Haram terrorist group.

He said when the “Christian Boko Haram members” bomb churches, the whole world blame Nigerian Muslims for the act.

Akintola said: “We’re not surprised that the suspect happens to be a Christian.”

“We’ve said it on several occasions that there is a Christian version of Boko Haram. Christians bomb churches and the whole world blame Nigerian Muslims for the atrocity.”

Citing examples, Akintola said on several occasions, Christain bombers have been arrested by security operatives in an attempt to carry out terrorist activities.

He said: “The arrest of Nathaniel Samuel for attempting to bomb this church is not a new development. Victor Moses was arrested on March 1, 2016, for spying for Boko Haram bombers. He confessed that he carried out surveillance before the bombing of Madalla church in Abuja on December 25, 2011.”
Meanwhile, the Kaduna State Chapter of the Christian Association of Nigeria (CAN) and the state’s Police Command are at loggerheads; over the different identity and religious faith of the suspected bomber.

While the police command gave the name of the suspect as Nathaniel Tanko and a Christian; the CAN Chairman, Kaduna State Branch, Rev. Joseph John Hayab, raised the alarm that the name given by the same suspect when he was arrested by the church security officials in the afternoon before he was handed over to the police was Mohammed Sani.

Hayab said: “When the suspect was initially arrested before he was handed over to the police; he gave his name as Mohammed Sani but we are not bothered by his religious faith or background; other than the fact that a criminal must be treated as a criminal without necessarily looking at his religion or ethnicity.