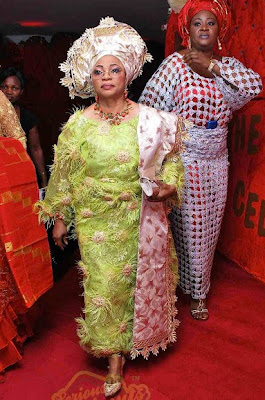 That is if you believe Ventures Africa, an African business magazine and news service. According to them, Oprah Winfrey is no longer the richest black woman in the world, Mrs Folorun Alajika is. Forbes said in November that the billionaire oil tycoon is worth $600 million, but Ventures Africa put her worth at about $3.3 billion. They said her 60 percent stake in a $10.74 billion oil well is worth $6.44 billion.

VA also claims that Mrs Alakija’s real estate portfolio is worth over $100 million, and that she acquired a property at One Hyde Park for $102 million, and also owns a Bombardier Global Express 6000 jet which she bought earlier this year for a reported $46 million.