Skip to content
You are here: Home » NEWS » Miyetti Allah claims Amotekun was established to eliminate herdsmen from southwest 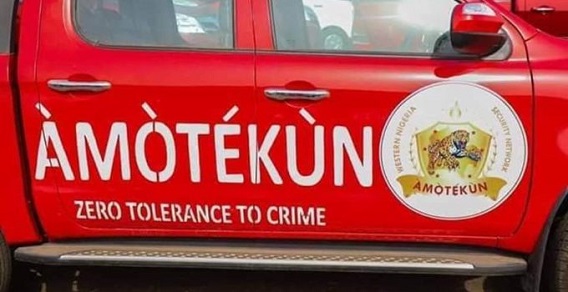 An elder statesman of the Miyetti Allah Kautal Hore, in Bauchi state, Ibrahim Ahmed has expressed reservations; over the establishment of the Western Nigeria Security Network (WNSN) codenamed operation Amotekun.

Ahmed stated that the formation of Amotekun has no constitutional backing; since there are already provisions for security through the police.

The elder statesman who spoke in an interview on Saturday, February 8; however, called for the restructuring of the security architecture in the country.

“Amotekun will not last because it is indigenous, regionalized and lacks constitutional backing; whereas Nigeria is a country governed by the constitution. The constitution had already made provision for regular security with the establishment of the Nigeria Police Force.

“A regional security outfit like Amotekun is just a breach of the constitution; that is why it will not last. It will only bring problems and conflicts,” he said.
He alleged that there is a secret motive behind the establishment of Amotekun; which is to cleanse the Fulani tribe in the Southwest.

”There is a motive behind the establishment which is to cleanse our tribe from the south. That is the agenda for its establishment. It is the objective of the government to provide security. Any parallel security outfit is unacceptable. I’m very sure Amotekun will not be recognized by law and it will never be legalized.”

Talking about the challenge of insecurity, Ahmed said the solution to insecurity is for the government to be serious.

He noted that there is a need for restructuring the security architecture of the country especially the police force.

“I’m calling for the removal of the service chiefs because they have done nothing. Reform the police, the Nigerian Army and all other security forces in the country.

“If Amotekun is legalized, it will become a black evil. The Hizbab security outfit in the north is an umbrella of an Islamic body only meant for Islamic affairs. It should not be compared to Amotekun,” he concluded.