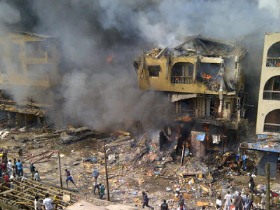 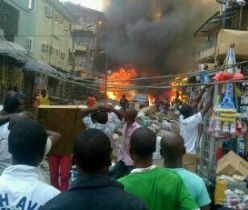 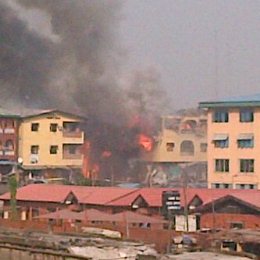 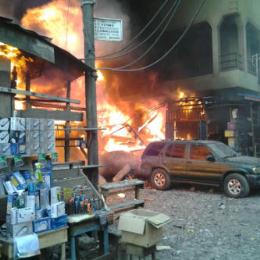 A fireworks storage facility located at Oko Awo in the Jankara market area of Lagos exploded this morning around 9am, injuring several people and destroying several cars.

Witnesses said the fire broke after someone mistakenly threw firecracker into the building which hit some unsold fireworks kept there. At least eight other buildings in the area were affected by the fire.