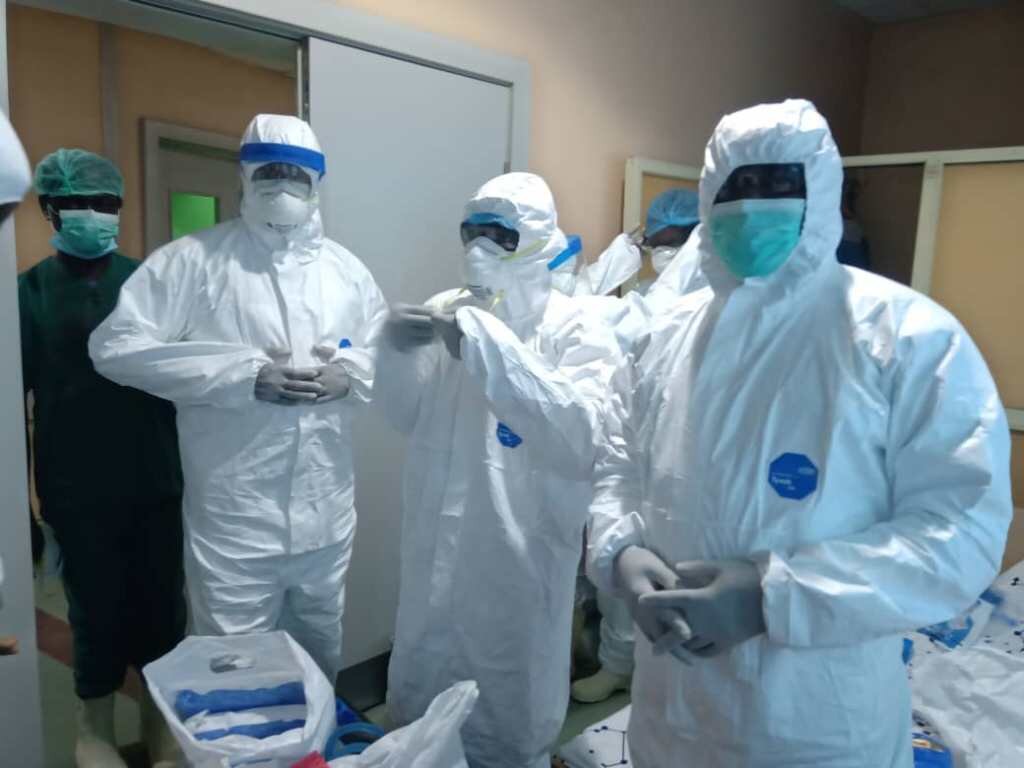 The malaria drug that has been tested as a treatment for coronavirus has no benefit for patients being treated for Covid-19, one of the world’s largest trials has found.

Professor Peter Horby and Professor Martin Landray, chief investigators of Oxford university’s Recovery trials, said on Friday that hydroxychloroquine showed no benefit for patients being treated in hospital with the virus.

The trial, which includes more than 11,000 people, involves a number of medications licensed for use in other conditions, including hydroxychloroquine.

However, after reviewing the data on Thursday evening, Prof Landray, deputy chief investigator of the trial, said: “We have concluded that there is no beneficial effect of hydroxychloroquine in patients hospitalised with Covid-19.

“We have therefore decided to stop enrolling participants to the hydroxychloroquine arm of the recovery trial with immediate effect.”

It is not known how many people are currently using hydroxychloroquine for the virus, which has been promoted by US President Donald Trump as a cure.

The trial also found there was no benefit on the length of a person’s hospital stay or any other outcomes.

Prof Landray told reporters: “If you’re admitted to hospital with Covid, you, your mother, your friend, or anybody else, hydroxychloroquine is not the right treatment, it doesn’t work.”

The Oxford findings come after a now-retracted study claimed the drug was linked to an increased risk of death and heart arrhythmias among people severely ill in hospital with coronavirus.

The claims of the paper, published in the Lancet medical journal last month, prompted the World Health Organisation to temporarily pause the hydroxychloroquine arm of its Solidarity drug trials as a precaution to allow safety data to be reviewed.

However, on Thursday the paper’s authors apologised and retracted the study after concerns were raised about the veracity of data and analyses used, leading them to seek an independent audit.

The Oxford researchers said they had looked at preliminary information on the safety of the drug and said while they saw no “clear cut hazard” more research was needed.

The World Health Organisation has been informed of their findings after the international health body said they would resume their own trial into hydroxychloroquine, and now would be reviewing the decision.
The researchers said they have published their initial results with more to come in the future, stressing the need to present data given the wide use of the anti-malarial drug for Covid-19.

Prof Landray, professor of medicine and epidemiology at the Nuffield Department of Population Health, said: “We took a view that actually the right thing to do was to randomise patients and get an answer as quickly as possible. If one thinks about how much hydroxychloroquine probably has been used in hospitals around the world and without actually getting any sort of sound answers about whether its useful or not. In that fraction of time one country has delivered results which is in my view pretty compelling – this is not a treatment.”

Prof Horby, chief investigator and professor of emerging infectious diseases and global health in the Nuffield Department of Medicine, said: “I think this is an excellent example of where you shouldn’t roll out unproven treatments or unproven preventative drugs without really robust evidence that they work. I think these drugs and any other drugs should really be used in clinical trials only in clinical trials and only used any wider than that once you have the very clear results.”