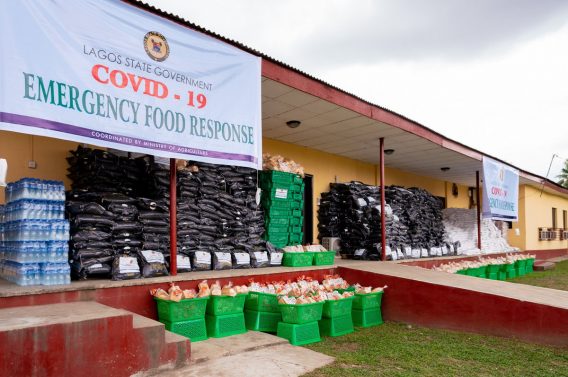 The Lagos State Government says all is set for the commencement of the second phase of its emergency food response package distribution.

The state Commissioner for Agriculture, Gbolahan Lawal, who stated this on Tuesday, noted that the second phase would be targeted at the people living with disabilities; the elderly who had earlier received SMS from the Lagos State Resident Registration Agency, and vulnerable people within certain catchment communities and in the informal sector.

Lawal, who noted that 100,000 households were reached in the first phase, said the packages were not meant for all Lagosians; but for the aged, the indigent and the most vulnerable in society.

He said, “What the government has done is to provide a palliative; for the most vulnerable households. It is just a relief and not a substitute for the loss of income.

“The whole world is on lockdown and while our government; will not claim absolute perfection in the distribution of the palliatives; we were still able to reach a large number of the targeted group. We are, therefore, improving on our strategy.

“It is important to note that coronavirus came as a shock to everyone; it was unprecedented and no government had a budget for the huge expenses that came with the pandemic; which includes this palliative project.

“The expenses on this project are extra-budgetary. We understand that the government cannot make these food packs available to all residents of the state; which is why we decided that the initiative was for the aged, the underprivileged; people living with disabilities, vulnerable and daily income earners who would not be able to feed without their jobs.”