Skip to content
You are here: Home » NEWS » Lai Mohammed fingers fake news as cause of escalating insecurity

Lai Mohammed fingers fake news as cause of escalating insecurity 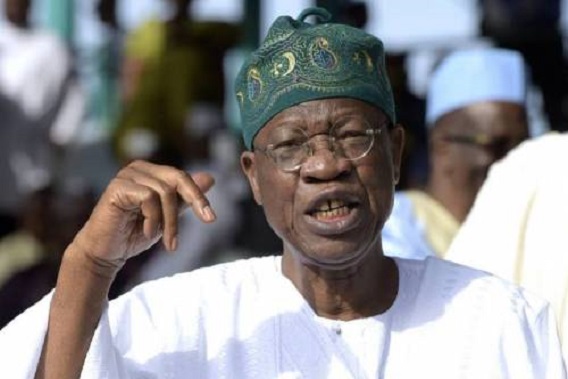 The Minister of Information and Culture, Lai Mohammed; says the challenges of insecurity in the country are being aggravated by detractors using fake news and disinformation.

Meanwhile, Lai Mohammed, who stated this at a news conference on Thursday, February 20 in Abuja; conceded that the country was facing the challenge of insecurity which the government had been tackling head-on.

“We have security challenges and we are tackling them head on. There is no question about that.

“But the challenges are being aggravated by fake news and disinformation, in particular.

“Those behind this campaign of fake news and disinformation have also deployed new tactics; top of which is the recycling of old news items and videos.

“A good example is the video of the over 400 young men suspected to be Boko Haram members who were intercepted in Abia state in 2014.

“About two weeks ago, the video came back into circulation, creating panic in the polity.

“Their intention is simple: to create tension and panic in the country,” he said.

Lai Mohammed said the recent spike in the dissemination of fake news and the use of disinformation was not accidental.

He said fake news, disinformation and hate speech have become the weapons of choice; to create tension in the polity and destabilise the country.

The minister gave recent instances of fake news to include the trended stories that President Muhammadu Buhari would be travelling to the UK for 20 days; before proceeding to Saudi Arabia and Austria.

Lai Mohammed said the news that the Minister of Communications and Digital Economy was planning to unveil some new ‘communication regulations’ aimed at recording all calls; monitoring Whatsapp, Twitter and Facebook among others was fake.

He said private individuals had also been victims of this scourge

“We will continue to appeal to Nigerians to be circumspect in believing or circulating these fake news as we did when we launched our national campaign against fake news in 2018.

“We are also pushing ahead with our plan to sanitise social media, working with stakeholders.

“By March 2nd, 2020, we will inaugurate the stakeholders’ committee that will deliberate and recommend the way forward.”