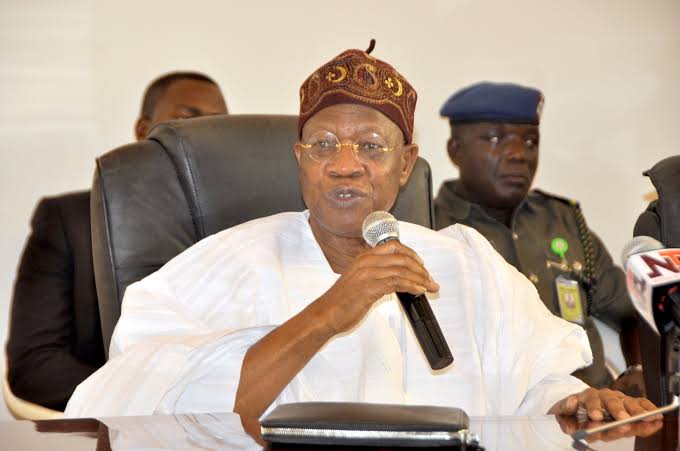 The Minister of Information and Culture; Lai Mohammed, on Thursday, February 27, enumerated the reasons for the escalating attacks by Boko Haram terrorists on churches and Christians in the country.

Lai Mohammed made this pronouncement at a media briefing in Abuja.

He further explained that the change of tactics by the terrorists was caused by the military relentless onslaught on their facilities and various hideouts.

The minister described the jihadists as blood-thirsty and rapacious killers who subscribe to no religion or faith.

According to the minister, the terrorists were deliberately attacking Christians and churches; in order to sow the seed of confusion between the two religions even though they have not stopped attacking Muslims.

He warned Muslim and Christian leaders in the land not to fall for the desperate move by the insurgents; by allowing them to divide Nigerians and weaken their resolve to deal with the malevolent elements a mortal blow.

Lai Mohammed said: “As you would have noticed, Boko Haram and the ISWAP have recently changed their strategy, in the wake of their ceaseless pounding by the military.

“At its peak, Boko Haram, in particular, was a fighting force; conquering and keeping territory, installing and deposing Emirs and also collecting taxes.

“It had the capability to take the battle to many states, mostly in the north; as well as the Federal Capital Territory, where it bombed the police headquarters, the UN Complex, shopping complex, and motor parks.

“Upon assumption of office on May 29, 2015; President Muhammadu Buhari directed the Command and Control centre to relocate from Abuja to Maiduguri. He also rallied the support of our neighbours as well as the international community.

“This yielded immediate results as Boko Haram was not only decimated; but all the territory under its control was recovered.

“The insurgents also lost the capability to carry out the kind of spectacular attacks they were used to; and then resorted to attacking soft targets, including churches and mosques as well as schools.

“When they targeted motor parks, the religion, gender, ethnicity or political leaning of the victims didn’t matter; as long as they inflicted the maximum damage to lives and property.”