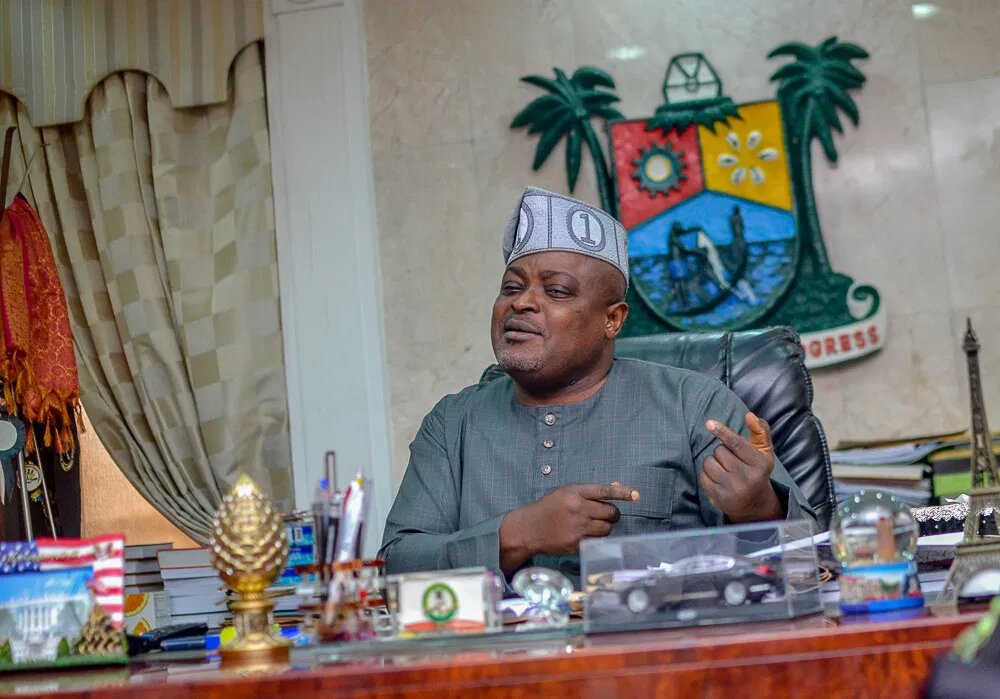 The Lagos state assembly has cleared its speaker Mudashiru Obasa of all corruption charges leveled against him. Victor Akande, the representative of Ojo constituency 1 and chairman of the nine-man fact-finding panel which probed the speaker, said all the allegations made against the speaker were baseless and false.

He revealed this during the presentation of his panel’s report. The panel which recommended that the clerk of the house Azeez Sanni should investigate how documents which led to the allegations against the speaker were leaked, maintained that the speaker followed due process in disbursements of funds.

“We also recommend that the activities of the house should be digitalised for proper record keeping and monitoring. “It was then suggested by the committee that a vote of confidence should be passed in the speaker of the house. “The speaker did not have multiple accounts with Ecobank, the BVN ascribed to Wema Bank does not belong to him and the companies attributed to him in Wema Bank is not correct.”

Pastor Rapes 19-Year-Old During Deliverance In The Church