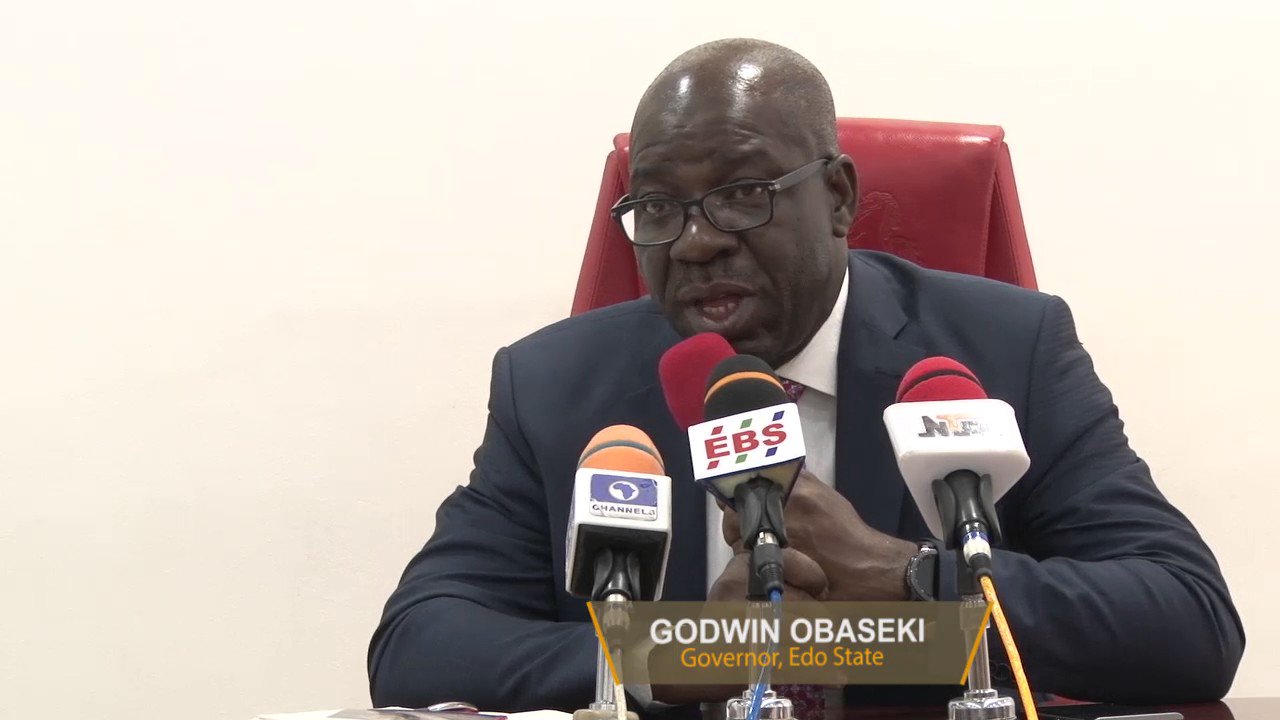 The Edo State Government has described the move by the House of Representatives to shut down the Edo State House of Assembly as unconstitutional.

Reports that Reps had threatened to take over the Edo Assembly if the state governor, Obaseki failed to inaugurate the House within 7 days.

In a statement in Benin City, Secretary to Edo State Government, Osarodion Ogie Esq., said that the Nigerian Constitution does not in anyway stipulate that the House of Representatives or even the National Assembly has the right or power to shut down a State House of Assembly.”

He said such power is expressly excluded by the constitution.

“The Government and people of Edo State are appalled and disappointed at the gross illegality and abuse of process by the House of Representatives.

“It must first of all be pointed out that the emergency supervisory powers over the activities of State Houses of Assembly which are contained in Section 11 of the Constitution of our Republic are expressly donated to “The National Assembly” and not one individual arm of it.

“These powers certainly do not extend to issuing directives to a duly elected State Governor to unlawfully repeat an act which has already been fully carried out in line with the Constitution.

“It has further not been alleged or concluded by anyone that the Edo State House of Assembly is unable to sit.

“In fact, whenever the ‘self-exiled’ members-elect so choose, they can join their colleagues in plenary in Benin City.

“Suffice it to say, however, that there is nowhere in the Constitution of the Federal Republic of Nigeria, where the House of Representatives or even the National Assembly for that matter, is granted the right or power to shut down a State House of Assembly, in point of fact such power is expressly excluded by the Constitution,” the SSG said.

The state government further advised “those interested parties who sit in positions of authority in Abuja and are using their offices to influence the House of Representatives to take note that we all ultimately owe a debt of accountability to the good people of Edo State for our actions.

Ogie added: “We must state that the final verdict in this matter will ultimately be rendered by the good people of Edo State, for whose benefit Government exists. We are certain therefore that this illegality will not stand.”