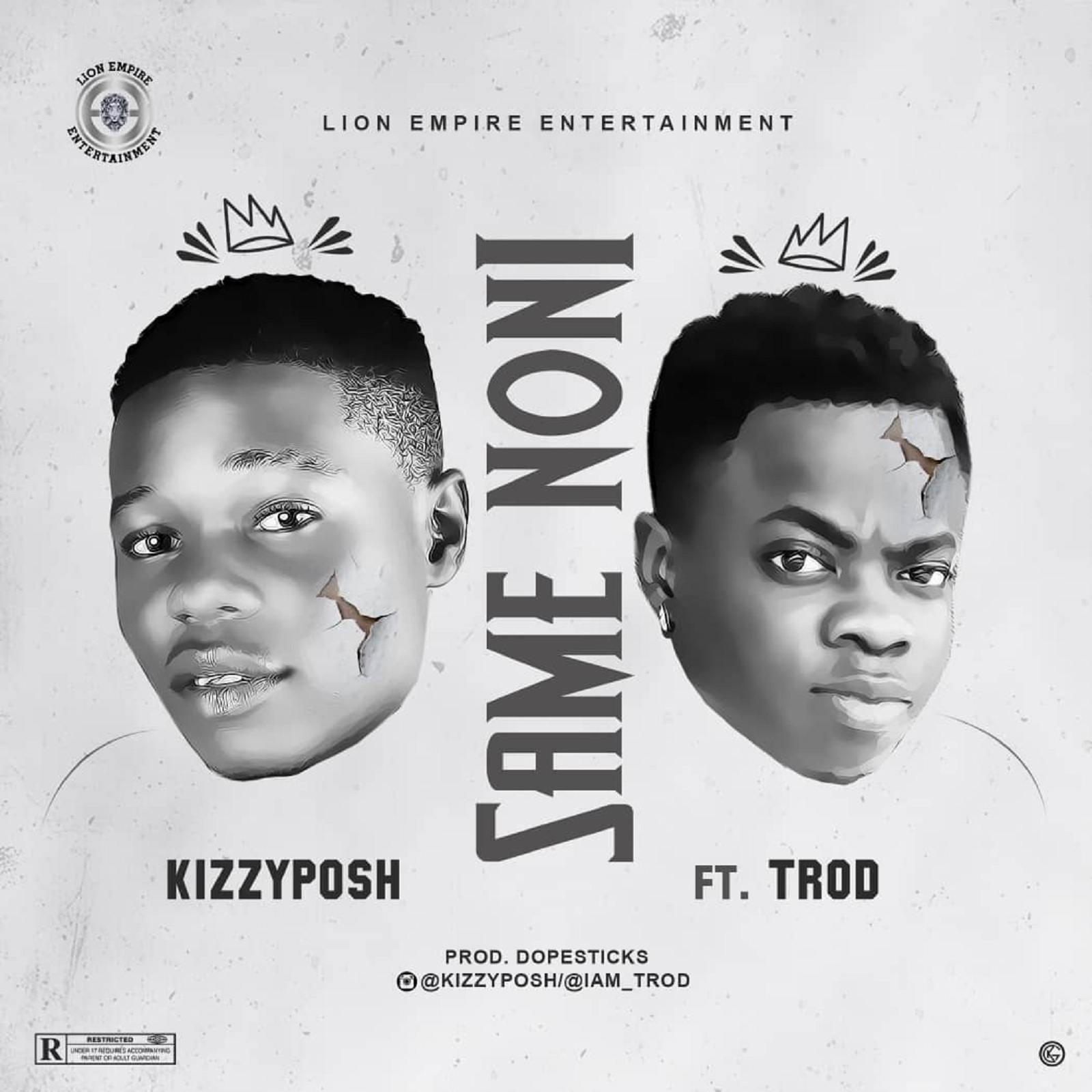 Lion Empire Entertainment frontliner and the ‘Dele So‘ Crooner ‘Kizzyposh‘ has added another hip hop banger to his name as he unleashes his mind blowing single titled “Same Noni” in which he features Trod.

Kizzyposh is not settling for less according to him this is just a wake up tune for us all, song Produced by Ace producer Dopesticks