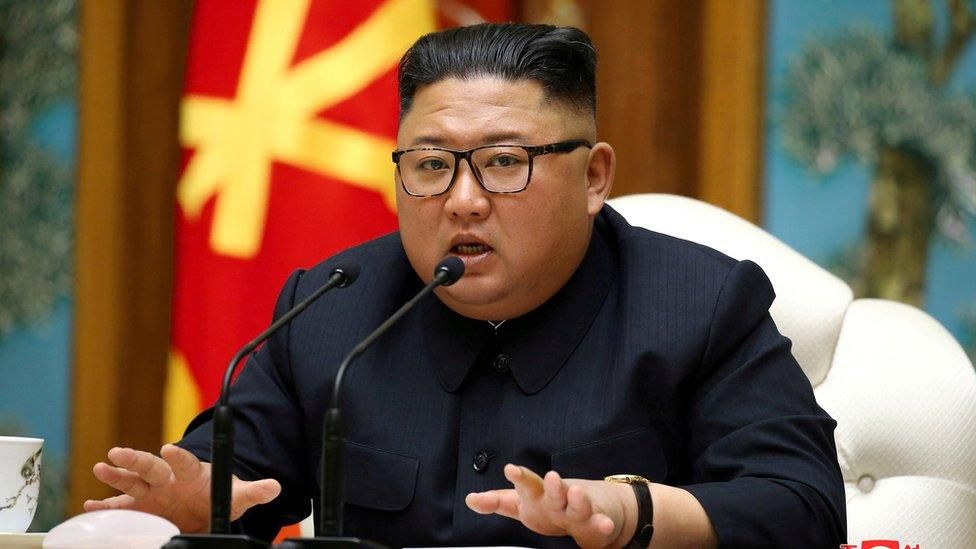 North Korean leader Kim Jong-un has appeared at a fertiliser factory, looking remarkably cheerful for a man killed off by rumour and some of the world’s media last week. These will be carefully staged and timed photos, but what can we learn about the North Korea rumour mill from this and past episodes?

TMZ – among others – had him for dead; Chinese social media whispered that his doctors were too scared to operate and so he died before a Chinese medical team arrived – an apparent cautionary tale of being a casualty of your own fearsome power.

This is not the first time the North Korean leader has disappeared from public view. In February, he was absent for almost three weeks without wild speculation. In 2014, he was absent for 40 days – then the rumours went that he had been ousted in a political coup.

He turned up with a walking stick. It was not a coup, but perhaps gout.

South Korean intelligence later reported that he had undergone surgery on his ankle. Obviously none of this was confirmed by the North. They just kept pumping out the jocular photo opportunities from inspections and other public events seemingly untouched by rampant rumours – just as they have done today.

So what was it about this absence that allowed him to die in speculation?

There were three phases to the escalation. First, he missed a key anniversary on 15 April, the day of the sun, and incredibly important commemoration of the birthday of his grandfather, North Korea’s founder Kim Il-sung. Kim Jong-un is known to model himself on his grandfather’s image, so missing this was reasonably seen as a sign that something was amiss.

Then a well-regarded defector website, Daily NK, which is funded by a US think tank, but which clearly also provides credible reports through its network, published a single-sourced story that he had undergone some sort of heart procedure and was recovering.

Stage three was when the world’s media pounced on that report and ferreted out their own unnamed sources in intelligence communities and elsewhere – and a combination of these ended up with formulations of Kim being “gravely ill” or even dead.

Even as South Korea said they had not seen any unusual activity and even denied reports of this death, the rumours kept growing and the echo chamber grew louder. Chinese social media began playing its role with rumours circulating there too.

In none of this was there any actual evidence: there were some very insightful analyses of train movements and activity around the resort of Wonsan that seemed to weigh on the side that he might not have expired – yet.

So where do these sources who fuel speculation that spirals in the media actually come from? Surely there must be a North Korean origin somewhere? And are we seeing more than we used to?

Rumours have always happened and there is historical record going back 30 years on this. There are a couple of places from within North Korea they can originate.

In the past, what is known as the foreign trade sector in North Korea has been thought to be the source of some leadership rumours. The secretive Office 39 – the department that funnels cash and luxuries back to the leadership – is staffed by overseas operatives to travel back and forth from the DPRK. There is some level of communication to the inner sanctum and its coffers, and it has long been thought that some rumours originate from some of the extensive network of operatives we know exist- as testified by defectors who have worked there. Some then make their way into Japanese and South Korean media.

But that doesn’t change much about the nature of the information – it’s gossip.

If somebody works in the central party complex, there will be water cooler conversation. There is intense interest in the lives of the Kims – we know from accounts of people who have left. The equivalent of a water cooler chat based on one-third of a story can make its way out of North Korea more easily than people might assume.

Rumour and gossip are very prevalent in totalitarian systems like this. One example is recounted in the memoir entitled Wisteria House by Song Hee-rong, the maternal aunt of Kim Jong-nam – Kim Jong-un’s estranged half-brother who was murdered in 2017. She talks about coming back to the Kim family compound and how one member of staff gave her information that Kim Jong-un’s family was the branch currently in favour. Notably, she makes a point of saying her source was “reliable.”

Again, in an information black hole you take what you can get and that is how it works with North Korea. In the fog of war there are not that many options. So the legitimacy conferred onto North Korean gossip is disproportionate.

Intelligence agencies around the world will also look at open-source information and use their methods to try to test hypotheses.

South Korea has its ways of monitoring the North – sometimes these involve satellites – and the Unification Ministry last week said they were actively monitoring the situation and had not seen anything unusual. It’s an open secret that the US sends surveillance planes – this time it was reported in the world’s media. They were checking things out.

So if some of this just comes from rumour – and remember it is very easy to call South Korea from the North (not vice versa) why doesn’t the regime crack down on the rumours?

In 2008 conversations about Kim would happen in a closed room. Nowadays, the game changer is mobile technology. North Koreans who gossip about their leader will certainly be being tracked, but may not be cracked down on until a further opportunity arises. Kim is unlikely to be able to control this information flow – but if rumours are connected to people close to him or tied to him – one can expect consequences.

It’s important to remember that most ordinary North Koreans know nothing. In his testimony to the US Congress in 2017 high profile defector Thae Yong-ho said most North Koreans would not even know their leader was educated in Switzerland. He advocated using satellites and smuggling chips the other way across the border to give ordinary North Koreans access to information.

NLC urges disbursement of COVID-19 donations to health, education in May Day message