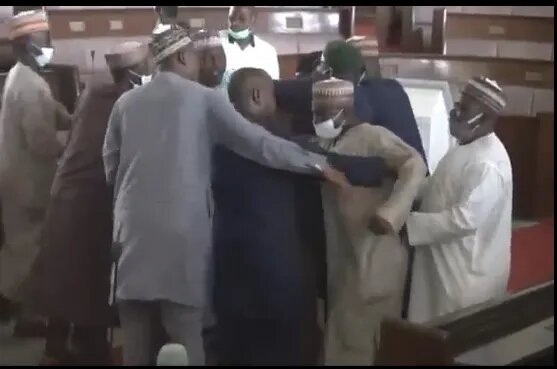 A video has surfaced online of Kaduna State lawmakers going physical and exchanging blows at the House.
This is coming after the call for the impeachment of the Deputy Speaker of the House of Assembly Mukhtar Isa Hazo.
Mukhtar Isa Hazo was booted out of office by a 24 member of the House at the Thursday plenary session via a vote of no confidence. It was not clear, however, why he was rejected.

The videos, which surfaced online shows 2 members of the House throwing blows while others mde efforts to put an end to the fight. Another video also shows the members escorting Hazo out of the House.