Skip to content
You are here: Home » NEWS » Journalist Agba Jalingo Released After 179 Days In Jail 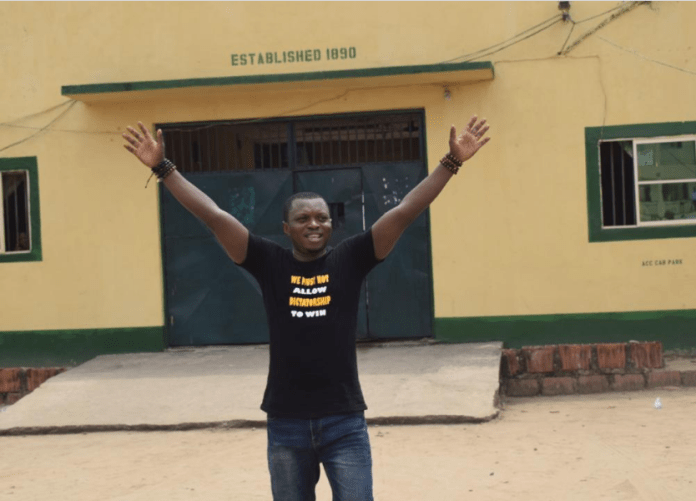 The Publisher of the Cross River Watch Agba Jalingo was released, on bail, from Calabar Prison after perfecting his bail, Agba spent 179 days in jail for unlawful detention.

Agba Jalingo was arrested on the orders of Cross River State governor, Ben Ayade, after he raised questions on the whereabouts of N500m meant for the establishment of Cross River Microfinance Bank.

He was detained thereafter arbitrarily for over four months with his fundamental human rights grossly violated during the period.

We declared him a Prisoner of Conscience in Nov. 2019. We again call on FG & Cross River to drop all the bogus charges against him.