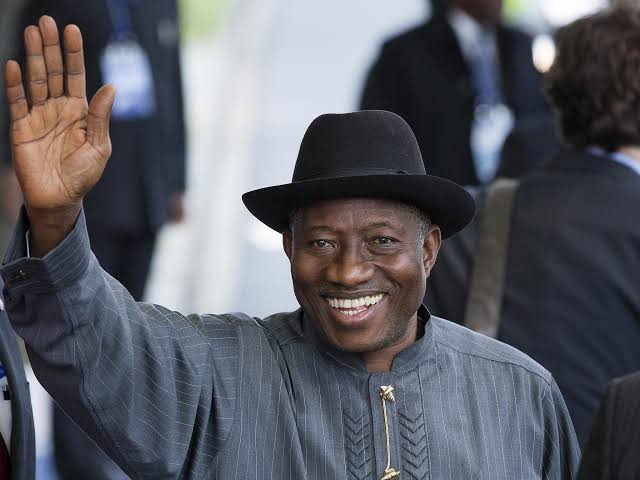 Former President Goodluck Jonathan says he is staying away from partisan politics because of his non-governmental organisation (NGO).

After his tenure as the president, Jonathan had established the Goodluck Jonathan Foundation; which has peace-building, national integration, and democratic governance as its focus.

The former president made this disclosure during the inauguration of the state executive council of the Peoples Democratic Party (PDP) Yenagoa, Bayelsa State, on Sunday, May 10.

He explained that through his foundation, he will support the country and his state.

“Don’t be discouraged if you do not see me in most party activities in the state. I decided to appear in this event so that I will not be misunderstood,” he said.

“I’m shifting away from being an effective partisan politician because of my foundation. People who want to partner me feel that if you are a partisan leader in the country; they will eat with you with a long spoon.

“I felt that after serving as President of this country; I should go to some other areas where my services would be required.

“Through that process, I would be able to support the nation and the state; in one way or the other.”

Jonathan asked the new PDP state executive council inaugurated by Douye Diri, Bayelsa governor; not to work at “cross purposes” with the governor.

“You have an enormous responsibility before you. You must work with the governor and not at cross purposes,” he said.

“No matter how strong a party is, if the people don’t appreciate you; you would be struggling to have them on your side.

“I know you will work harmoniously with members and carry everyone along.”

Meanwhile, Rivers state governor, Nyesom Wike has announced the relaxation of the lockdown order imposed to mitigate the spread of COVID-19 in River state for two days.

“To this end, I hereby announce the temporary lifting of the total lockdown on Obio/Akpor and Port Harcourt Local Governments Areas for two days only; with effect from Tuesday 12th May 2020,” Wike stated in his announcement.