•Azazi to get tri-service burial

Muhammad Bello in Abuja, Chiemelie Ezeobi in Lagos and John Shiklam in Kaduna

Yakowa and Azazi along with four others were killed Saturday when a navy helicopter in which they were travelling crashed at the Okoroba creek in Nembe Local Government Area of Bayelsa State.

Jonathan, who is expected to lead a delegation of the Federal Government to the burial of the late governor at Fadan Kagoma in Jema’a Local Government Area of Kaduna State, today, described the day of the crash as a sad one in Nigeria’s history.

The Chief of Naval Staff (CNS), Vice Admiral Dele Ezeoba, has already constituted a probe panel to get to the root cause of the accident.
However, the Chief of Defence Staff (CDS), Admiral Ola Sa’ad Ibrahim, who led service chiefs to commiserate with the Azazi family, yesterday said there would be a thorough investigation into the crash, adding that the military might bring in foreign experts to assist in the investigation.
At another special executive session for Yakowa in Kaduna, presided over by his successor, Alhaji Ramalan Yero, his former colleagues spoke glowingly of his exemplary leadership quality, humaneness and commitment to the development of the state.

Yesterday’s session of FEC, presided over by the president, was devoid of the usual conviviality that heralds the meeting.
The funerary session, which lasted for about two hours, was also attended by governors from the six geo-political zones who also spoke on the Yakowa and Azazi’s life of service to the nation.

After observing a minute’s silence in the memory of the victims, members of FEC signed two condolence registers opened for Yakowa and Azazi.

Describing the fatal crash and the day it happened as a black Saturday, Jonathan said: “The victims are Nigerians that have served this country. For Governor Yakowa, I knew him when he became the deputy governor of Kaduna State.

“Saturday, December 15, 2012 was a sad day in the history of Nigeria. We pray that God will give the family the fortitude to bear the loss.
“For General Azazi, though we are both from Bayelsa State and of the Ijaw ethnic nationality, I never met him until 2004 when the then Brigadier Azazi was made the Director of Military Intelligence (DMI).

“I was then the deputy governor of Bayelsa. Somebody came to me to say one of our own had been made the DMI boss and that was a prestigious posting in the army. And I decided I was going to receive him and have a little party for him. I hosted him one evening in Abuja, in one of their officer’s mess.

“From that time, we remained in touch; then he was promoted to Major General and made GOC One Division, Kaduna and then he was also made the chief of army staff, that was another level of our interaction in 2006, by which time, I was the governor of Bayelsa State.
“I also hosted him as chief of army staff alongside the current Minister of Petroleum Resources (Diezani Alison-Madueke), then as the first female executive director of Shell. It was also my first time of meeting her.

“He was made chief of defence staff in 2007 when I was vice-president to the late President Umaru Musa Yar’Adua. I also made him the national security adviser when I became the president. I saw him as somebody who meant well for this country.
“Sometimes, people wonder why good people die, it is quite touching. Both of them touched our lives, they worked for this country. We pay condolences to their families and those of their aides, the pilot and co-pilot.

Sambo, in his tribute, said he was shell-shocked by the incident and described the late Yakowa, whom he had known for more than two decades, as “a bridge builder”.

“I can say he had successfully built that bridge because today, all citizens of Kaduna are mourning him. His footprints cannot be forgotten in Kaduna. He was a great man; his is a great loss not only to Kaduna but Nigeria. We will never forget him,” he said.
Minister of Information, Mr. Labaran Maku, who moved the motion for the council to condole with the president, vice-president and Nigerians, recalled how he escaped death by a whisker.

Maku, who was with the late Yakowa and Azazi at the funeral of the father of Special Adviser to the President on Strategy and Documentation, Mr. Oronto Douglas, recalled that he and some other dignitaries were supposed to travel with the deceased persons in the helicopter to Port Harcourt but for a last minute change of mind.

In her tribute, Alison-Madueke said the incident had been very traumatising for the people of Bayelsa State and  described Yakowa as a kind hearted person.

On Azazi, she said: “A big tree has fallen in Ijaw land and the clay pot that supported the state has fallen.”
Others who paid tributes to the duo of Yakowa and Azazi included the Coordinating Minister for the Economy (CME) and Minister of Finance, Dr. Ngozi Okonjo-Iweala; Minister of State for Defence, Mrs. Olusola Obada; and National Planning Minister, Dr. Shamsudeen Usman.

At another session in Kaduna organised for the late Yakowa by the state government, which was presided over by Yero, members of the State Executive Council (SEC) in their separate speeches paid tributes to their erstwhile leader.

Besides the SEC members, others at the valedictory session were Yakowa’s widow, Amina, and children as well as Bishop Matthew Hassan Kukah.

Each member of the SEC in their tributes recalled how they came in contact with the late governor and how he had been able to guide them in contributing their quotas to the development of the state.

Meanwhile, Admiral Ibrahim yesterday assured Nigerians that the military would do all it could to ensure a thorough probe of the accident that killed  Yakowa, Azazi and the four others.

The CDS spoke with reporters in Lagos when he led service chiefs on a condolence visit to the Lagos home of the late NSA.
Those on his entourage included the Chief of Army Staff (COAS), Lieutenant General Azubuike Ihejirika; the Chief of Naval Staff (CNS), Ezeoba; the Chief of Air Staff (CAS), Air Vice Marshal Alex Benden; and the Inspector General of Police (IG), Mr. Mohammed Abubakar.

When asked how far investigations into the crash had gone, the CDS said those nominated to carry out the investigations were competent hands that would produce results.

He said: “We have every reason to believe that we have all the expertise to look into the bone and marrow of the issue and advise the nation about the correct position of things.

“Even if it is possible, we will bring people from abroad, especially those concerned with the aircraft so that at the end of the day, we will come out with something we hope we can squeeze some benefit out of that investigation.”

He described the late Azazi as a brilliant man who would be missed by all, adding: “All of us had a special relationship with him and we will miss him a lot. He was a highly professional man who represented us in very many areas and admirably so.”
Ibrahim also faulted claims by the family of the co-pilot, Lt. Adeyemi Sowole, that the deceased was not accorded same treatment as other dignitaries killed in the helicopter crash.

He said the military, particularly the Defence Headquarters, had given all the necessary support to the family.
Earlier, Ihejirika who visited the Azazis Tuesday night held a private meeting with the Azazi family for over 20 minutes.
THISDAY gathered that the meeting was to discuss burial arrangements for the late general.

In an interview with THISDAY, he said the military would collaborate with the family to give the deceased a befitting burial.
“His burial will be a tri-service arrangement involving the army, navy and the air force. This is because he was not just chief of army staff, he was also a chief of defence staff who oversaw the three arms of the services.

“I have had some talks with the family as regards plans for the burial but we are also liaising with the host government, Bayelsa State, and the community he hailed from to ensure that he is given a befitting farewell,” he stated.

At another forum yesterday, former Head of State, Gen. Yakubu Gowon (rtd), disclosed how he narrowly missed flying in the ill-fated navy helicopter.

He also urged people to stop insinuating that the accident was planned.
Gowon, who spoke to reporters in Kafanchan, Kaduna State, during a special service to mark the 50th birthday of Apostle Emmanuel Nuhu Kure of Throne Room Ministry, said while he was waiting for the doomed helicopter, an official came to inform him that another helicopter had been arranged for him and five others to fly them from the venue of the funeral of Douglas’ father to Yenagoa, the Bayelsa State capital.

“So when I heard about this accident, I was sad. And I want to say, you can never tell with some of these things. It was an accident. Don’t impute any motive to it. Don’t say that it was planned to get rid of some people or something like that,” he added.

Naeto C – Can You Do It (Produced By E kelly) 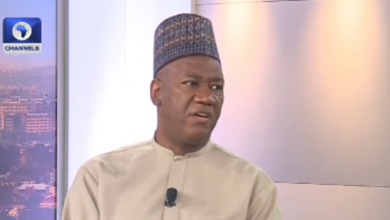 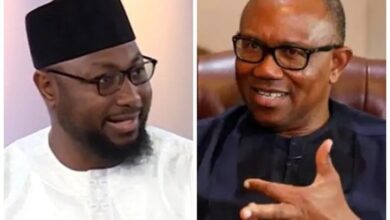 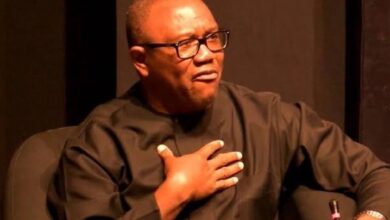 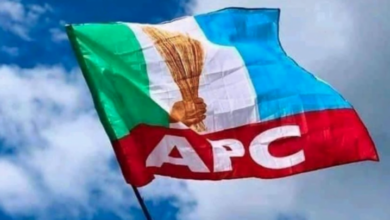 2023: APC Pushing For Postponement Of Election By Four Weeks