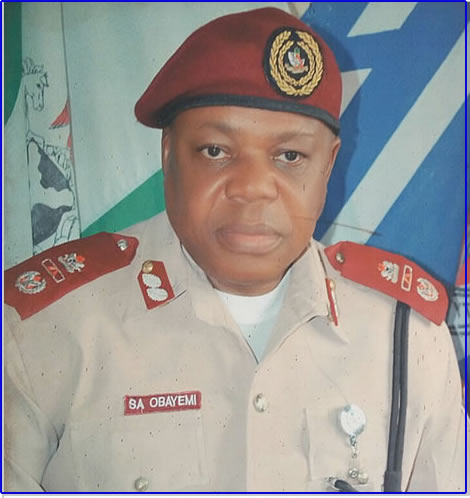 The Federal Road Safety Corps (FRSC), says it has turned back 791 vehicles from Ogun and Lagos States’

boundaries within five days, while enforcing the Federal Government’s restrictions on interstate movements.

Mr Samuel Obayemi, FRSC Zonal Commanding Officer in charge of the two states, disclosed this is in an interview on Saturday in Lagos.

Obayemi, an Assistant Corps Marshal, said that the operatives of the corps, turned back 149 vehicles at the Lagos

boundaries and 642 vehicles at Ogun boundaries between Monday, the first day of the lockdown ease, and Friday.

According to him, the corps recorded nine road traffic crashes that claimed three lives and injured 26 persons during the period.

”In the last five days when the Federal Government eased the lockdown, but placed a ban of interstate movements,

the FRSC operatives turned back a total of 791 vehicles to their originating places at both  the Ogun and Lagos borders.

“It is unfortunate that we also recorded nine crashes where three persons were killed and 26 injured.

”We will continue to do our jobs of enforcing of  the Federal Government ban on interstate movement except for essential services or commodities,” Obayemi said.

The zonal commander urged motorists and commuters to take responsibility for their safety on the road.

The FRSC boss, who urged Nigerians to adhere strictly to the restriction

on interstate movement and other precautionary measures against the spread of COVID-19,

assured that the FRSC would continue to create road safety awareness.

f Lagos, Ogun and Abuja, from Monday, May 4.

The President, however, placed a ban on interstate movements, except for essential services,

to checkmate further spread of the virus in the country.