Based on these notes, a well known Nigerian politician, former governor of Kano state and former Senator who represented the good people of Kano Central Senatorial District, Rabi’u Musa Kwankwaso, while sharing his official Twitter page has noted that he was initially interested in working with Peter Obi, who is the Presidential candidate of the Labour Party, LP, but the party was at the peak of the media hype, and they could not reach a compromise. 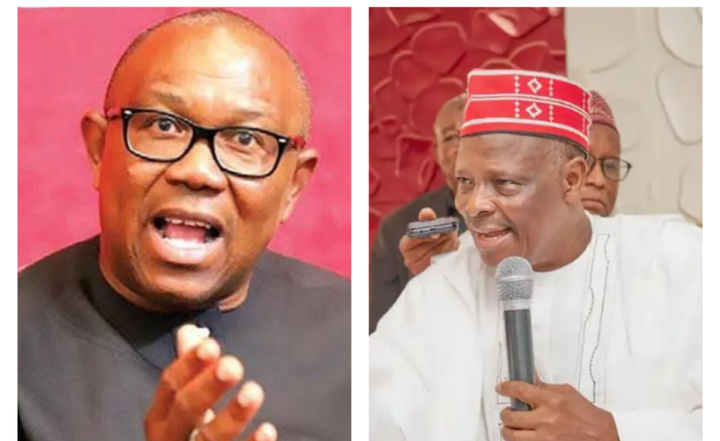 It might interest you to know that the former governor of Anambra State and Presidential candidate of the Labour Party, LP, Peter Gregory Obi had asked Rabi’u Musa Kwankwaso to be his running mate in the forthcoming Presidential election, however, due to some personal reasons best known to Kwankwaso, he declined the offer.

However, according to the former Minister of Defense of the Fourth Republic, Rabi’u Musa Kwankwaso, he made it known that he was interested in working with the Labour Party, LP, but at that time, they were at the peak of the media hype, and they could not reach a compromise, adding that his party, NNPP, is a National Party, and they are commanding the support of the masses. 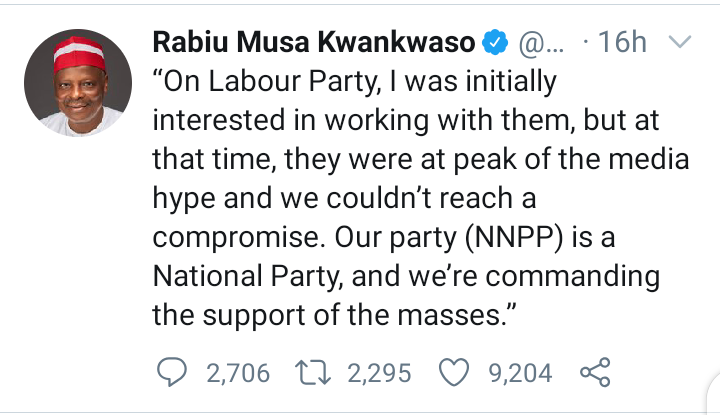 What is your view on this?.