Based on these notes, while addressing the people during his recent campaign tour in his state, the former president of the Nigeria Labour Congress and former governor of Edo State, Adams Oshiomhole has noted that he also had the intention to contest for the 2023 Presidential election, but later gave up his ambition.

According to the well known Nigerian politician, APC chieftain, and former National Chairman of the ruling All Progressive Congress, APC, Adams Oshiomhole, he noted that the reason why he gave up his Presidential ambition was because he strongly believes that Bola Ahmed Adekunle Tinubu, the former governor of Lagos State and Presidential candidate of the ruling All Progressive Congress, APC, would perform better than him, adding that when he (Bola Tinubu) was the governor of Lagos State, he brought people from different parts of the country to build the state. 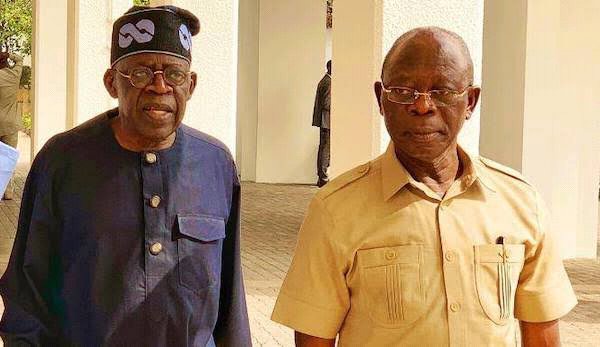 According to the APC chieftain, Adams Oshiomhole, he said, “I also wanted to contest for presidency. I (privately) declared my intention, but stepped down because Asiwaju Bola Ahmed Tinubu would do better than me. There is nothing I want to do that he cannot do better. When Asiwaju Bola Ahmed Tinubu was the governor of Lagos State, he brought people from different parts of the country to build the state. He is not partial. You can see how he made Yemi Osinbajo, who hails from Ogun State, an attorney and later a vice president. He made Osun State’s Rauf Aregbesola a member of his cabinet when he was a governor. If you vote him, and he sees potential in you, he will mentor you to use your talent to develop the nation”. 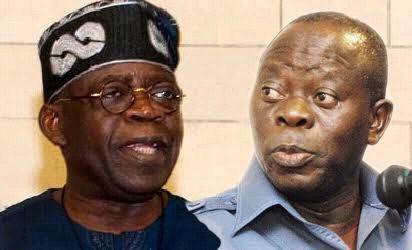 In addition to his statement, Adams Oshiomhole urged Nigerians, especially the youths to be very careful of the former governor of Anambra State and Presidential candidate of the Labour Party, LP, Peter Gregory Obi because he is just a pretender, adding that Bola Tinubu is the real candidate who is patriotic and interested in the development of the country.

You can watch the video below….