A former member of the ruling All Progressives Congress, APC, Mrs. Naja’atu Muhammad, has dragged Bola Ahmed, the party’s presidential candidate, ahead of next month’s presidential election by revealing that she only spent two hours with him while he spent the majority of the time sleeping. 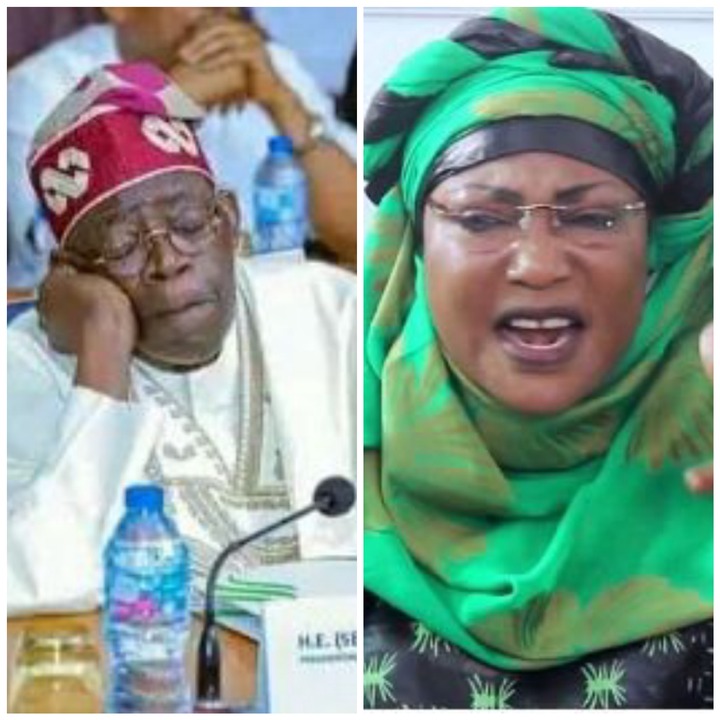 The APC presidential candidate will respond with a red answer when someone mentions green, Mrs. Naja’atu Muhammad continued, making it quite evident that Bola Tinubu is unqualified to succeed Jonathan as president of Nigeria.

When chatting with DCL Hausa, she revealed this information and claimed that the former governor of Lagos lacked the capacity to carry on a conversation and react to the surroundings, according to a story in Punch paper.

“When you talk about green, he will give you a response of red,” I sat with him(Tinubu) for 2 hours and he slept most of the time. I was only talking to Bisi Akande”.

She also stated that Bola Tinubu, the APC’s presidential candidate, is unfit to serve as the country’s next leader when tribal sentiment is taken into account and leadership of more than 200 million people is discussed.

However, we are patiently waiting until next month to find out the results of the election. Some people, most notably those in the opposition parties, have asserted on numerous occasions that Bola Tinubu, the APC’s presidential candidate, is unqualified to lead Nigeria.