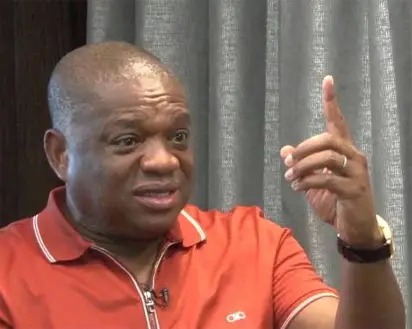 A chieftain of the APC and former Governor of Abia State, Orji Kalu has reacted after he was accused of anti-party activities by members of his party in his state.

Orji Kalu was accused of supporting his younger brother, Mascot Kalu who is the governorship candidate of the Action Peoples Party in Abia over Chief Ikechi Emenike the gubernatorial candidate of the APC in the state.

In an interview with TVC , Orji Kalu stated that he is loyal to the APC and has never worked against the interest of the party in any way, however, he can’t stop his brother from contesting for the office of Governor because he has the right to contest for any office under the Constitution of Nigeria

In Kalu’s exact words: “Some people say I am doing anti-party and I have explained this time without number, I am not doing anti-party. I just have a younger brother who is very bright on his own and he wants to be Governor on his own if Abia people find him competent. I will always work for the success of my party but my brother has a right to contest for Governor. He can aspire for anything he likes but me as a party man I will work for my party.

Anybody who wants to say something should go ahead and say it. I can’t stop my brother I begged him not to leave the APC and he left. My brother is an adult, he is an economist and he is competent enough, if the people find him worthy they will elect him as Governor. I have nothing against that and I can never deny my brother his right of association, it is his right. He is a young man of 43 years, it is left for him to do whatever he wants, he is an adult I can’t stop him from what he wants to do”.

Watch the video from 24:45 and don’t forget to share this piece. 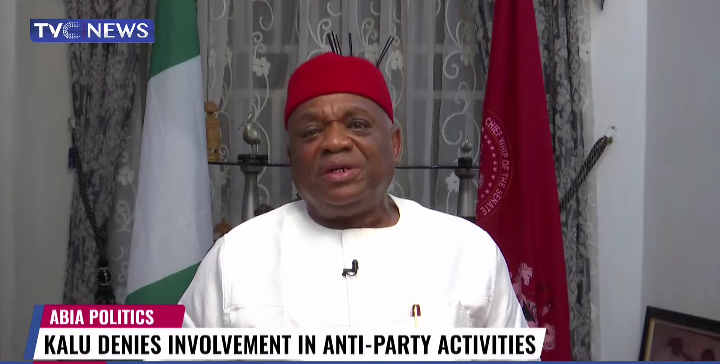 Man Utd, Arsenal: Top 10 Best Clubs In the World Based on the Current Club Power Ranking