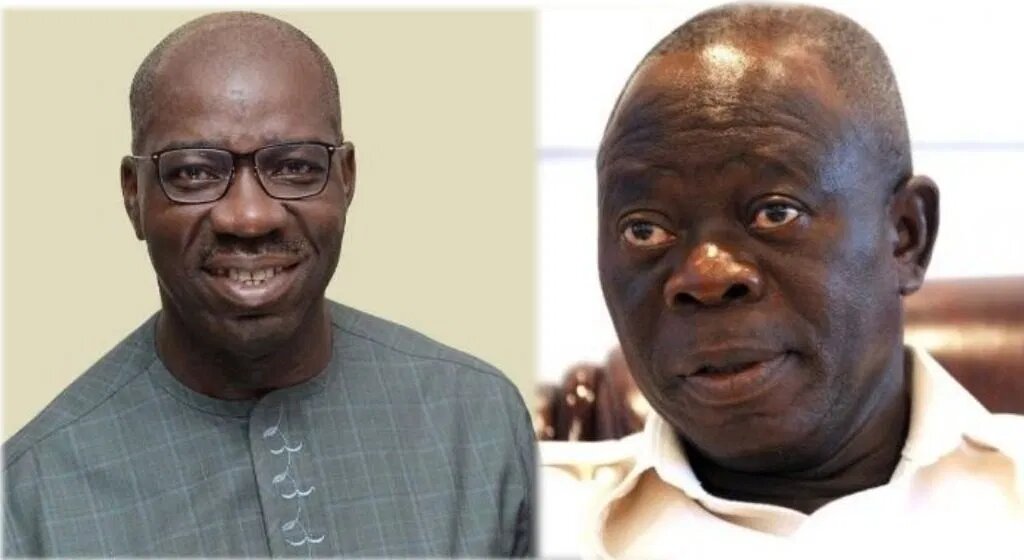 As the people of Edo State gear up for the September 19, 2020 Governorship election, former Governor and former APC National Chairman Adams Oshiomhole returns to the state to canvass for his new protege for the Edo State governorship election saying he made an honest mistake supporting Godwin Obaseki against Pst Osagie Ize-Iyamu in 2016.

Oshiomhole says now he has returned to the state to rewrite his wrongs, as he says Obaseki betrayed the people of Edo State and he wants the people to punish him come September 19. Obaseki who was chosen and supported for 2016 elections as Oshiomhole’s anointed defected to the PDP and is the flagbearer of the party at the polls for the 2020 Edo State Gubernatorial elections.

Speaking to some residents of the state on Sunday, July 26, Oshiomole said he supported the governorship aspiration of Obaseki in 2016 to ensure the continuity of his projects and programs.  He, however, says he regrets it and is apologising to the state residents.

“I have made my honest mistakes. Only God is perfect. I am now 68 years. I have come to apologise for the mistake of supporting Obaseki in 2016. I am in Edo to repair my mistakes. God had a reason for what happened to Ize-Iyamu in 2016. Leaving as the National Chairman of APC is to give me enough time to correct my errors.

Obaseki has abused the trust of Edo people. With our permanent voter cards, we shall punish Obaseki on September 19. Ize-Iyamu will not repeat the mistakes of Obaseki. Ize-Iyamu will take Edo State to the next level.” he said