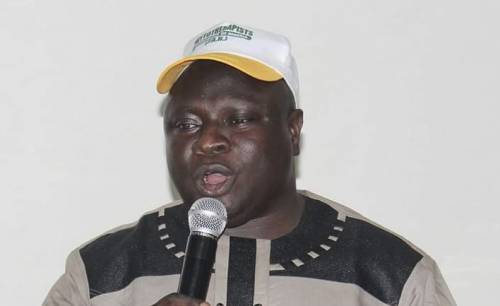 Some gunmen on Thursday shot dead the renowned alternative therapist, Alhaji Fatai Yusuf, aka Oko Oloyun, on the Eruwa-Igboora Road in the Ibarapa area of Oyo State.

1st News learnt Yusuf was on his way from an outing around 4.30pm; when the gunmen shot at his vehicle.

More so, that some of the bullets pierced through his vehicle before hitting him; and he died on the spot.

The Oyo State Police Public Relations Officer, Gbenga Fadeyi, who confirmed the incident; said the state Commissioner of Police, Shina Olukolu, had visited the scene as well as ordered an investigation into the incident.

He added that have deposited Yusuf’s corpse in the Igbo-Ora General Hospital’s mortuary.

Fadeyi said, “Gunmen attacked his (Oko Oloyun) vehicle on the Eruwa-Igboora Road in Ibarapa Central; they shot at his vehicle and the bullet also hit him. Police personnel immediately mobilised to the area; and the Commissioner of Police went to the scene of the attack for an on-the-spot assessment; to deploy the police tactical team to trail the hoodlums; and also comb the area for possible arrest and prosecution.

“He has ordered an immediate investigation into the incident. The man’s corpse has been deposited in the Igbo-Ora General Hospital.”