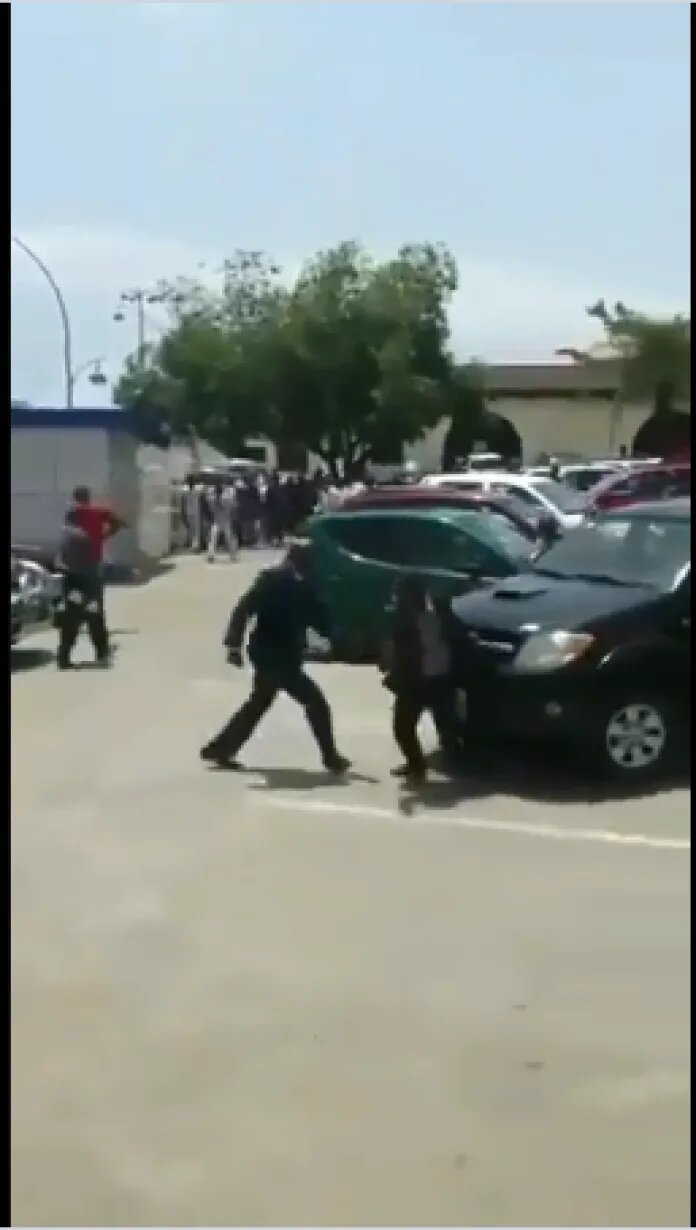 For the past weeks, there has always been something dramatic for the Saturday from the instrumental mixed-confession of American actress Jada Pinkett and now to the President Umaro Sissoco Embaló of Guinea Bissau’s boxing session.
In a video which surfaced om social media, the President was seen making several attempts to hit a man who was all kitted up in suit.The inscription on the video reads that the man who keeps missing President Umaro’s punches is a Guinea Bissau minister in his cabinet

The Minister reportedly squandered COVID-19 funds to the displeasure of the President and in a bid to curb corruption, the President made to hit him.