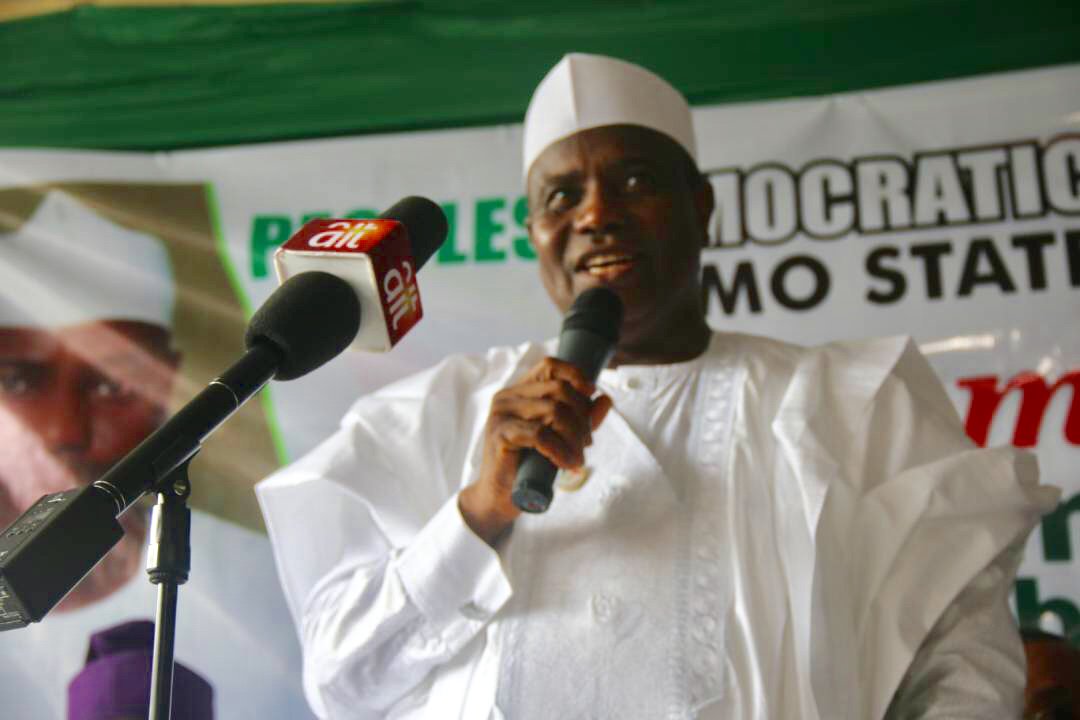 Governor Aminu Tambuwal of Sokoto State on Wednesday promised to deliver a purposeful leadership and good governance as he extended hands of fellowship to groups and individuals across the state.

Tambuwal made the call after he was sworn-in for a second term as Sokoto State Governor in Sokoto, and expressed appreciation to the people of the state for giving him another mandate of four years.

He said different programmes, policies and projects were initiated during his first tenure, which impacted positively on the lives of residents, NAN reports.

He added that all viable projects would be sustained with corrections made in areas that needed alignments and assured of continued prudence and people-centred governance.

The governor solicited public support irrespective of political affiliation, noting that interest in progress of the state should be paramount.

According to him, his administration rehabilitated and constructed hospitals, schools, roads and other infrastructure across the state aimed at uplifting peoples’ lives.

He said a committee for the implementation of newly approved minimum wage had been set up, while approval for tertiary institutions and health workers salary scale was made.

He commended traditional rulers, government officials, youths, women groups, politicians, community groups and others for their support that facilitated success in the last administration and hoped to extend same in the coming administration which had begun.

The News Agency of Nigeria (NAN) reports that the acting state Chief Judge, Justice Sa’idu Sifawa, administered the oath of office on Tambuwal and his Deputy, Alhaji Manniru Dan’iya.

Tambuwal, who contested on the platform of PDP, in the 2019 general elections, defeated All Progressives Congress (APC) candidate, Alhaji Ahmad Aliyu, with 512,002 votes, while Aliyu scored 511,660, a margin of 342 votes.

No fewer than 52 governorship candidates participated in the election in Sokoto State.