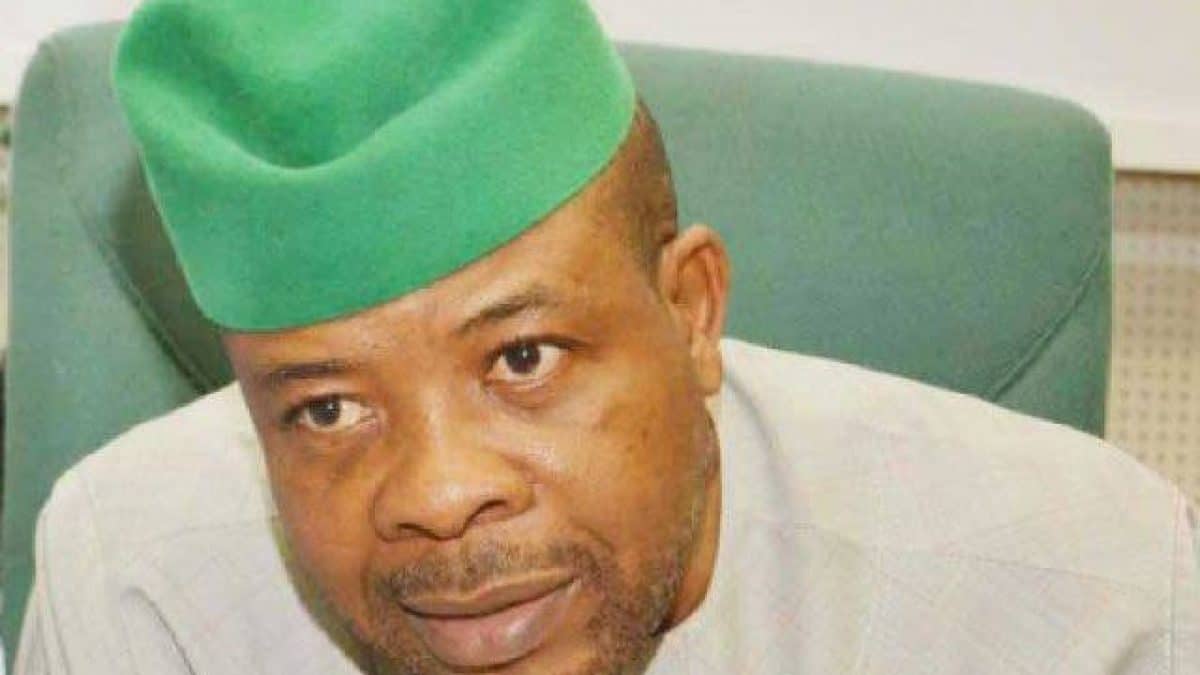 Elders of Orlu Senatorial zone of Imo State, under the aegis of Orlu Elders Council, have called on Governor Emeka Ihedioha to probe, prosecute and jail the immediate past Governor of the State, Chief Rochas Okorocha if found guilty corruption.

In a 3-page address read by the Chairman of the Council, Professor Francis Dike SAN, during a courtesy visit to the Deputy Governor of Imo State, Engr. Gerald Irona, on Thursday, the group accused the former Governor of leaving a legacy of Garnishee Orders and indescribable looting of the state treasury.

The group lauded the Imo State House of Assembly and Attorney General of the State for taking steps towards adopting the Administration of Criminal Justice Act in the state, describing it as capable of improving the course of criminal justice in Imo state.

They used the occasion to urge the Governorship candidate of the All Progressives Congress-APC in the 2019 elections, Senator Hope Uzodimma to end his litigation against Governor Emeka Ihedioha, in the interest of the state.

The elders also used the forum to call on the state Governor, Chief Emeka Ihedioha to reinstate His Royal Majesty, Eze Cletus Ilomuanya as Chairman, Imo State Council of Traditional Rulers, in obedience to judicial pronouncements.

“For eight years, nowhere in Imo State did we see billboards of Client-Government of Imo State, Contractor- Y, X Contractors.

“Everything was done at shameless quotation of money by Okorocha and his family members, acting as alter ego of Imo State. Today, Billboards are seen at construction Sites. This government should be ready for probe when it leaves and that is why we ask for probe, prosecution and sentence if found guilty for Okorocha and his running dogs.

“We are aware of thousands of Garnishee Orders bequeathed to this administration as legacy of the shameless past government. Let Rochas say to Imo State that there were no Garnishee Orders when he left government. Let him deny that his administration operated over 260 bank accounts which we know were conduit pipes for looting Imo State. Congratulations for arresting this by instituting the Treasury Single Account within 30 days.

“We applaud the Hon. Attorney General and members of Imo State House of Assembly under the speakership of Rt. Hon. Chijioke for the domestication of the Criminal Justice Act and urge that it should be passed as a matter of urgency. We are of the firm belief that it will give more muscle to the Ministry of Justice to file Hon. AG’s Information against any and all persons not under Immunity for Criminal Acts perpetrated in Imo State against Imo people and by extension those who aided and abetted and those who benefited, for receiving stolen property. This will sanitize our society and make those barefaced liars think.

“We take this opportunity to applaud our Great Son, Hope Uzodimma for the indefatigable work done in APC and say that it is time to sheath the sword and give and accept Olive branch so that Imo State, which now ranks between 32 and 34 in development in Nigeria can assume her pride of place in Nigeria.”

In his reaction, Deputy Governor of Imo State, His Excellency, Engr. Gerald Irona commended the elders for rising to the challenge, by speaking out on issues concerning the state.

He used the occasion to explain certain policies and programmes of the present administration in the state, assuring the delegation that the administration of Chief Emeka Ihedioha will not fail Imo people.

“I am glad that Orlu elders have risen to the challenge. It is true that we met a decayed Imo. Imo is in a very deplorable condition. We have decayed infrastructure. We are operating in a make-shift office. They stole everything before leaving. Those of us from Orlu zone in this government will show that Okorocha’s actions are not part of the character of Orlu people.

“At the end of our administration, we will show Imo people that we were ready for governance. The first thing we are doing is to restore public confidence in government. We have set up a public procurement system, aimed at ensuring that there is a robust procurement process in Imo State. We shall live by example and we will remain accountable to people of the state.

“Flood is a major issue in Owerri and some other parts of the state. We have engaged professionals and other relevant stakeholders and a lasting solution is underway. Part of the problem is that Owerri Master plan was distorted. People built on and blocked waterways. The menace of erosion is being tackled. We have paid Imo state counterpart fund of Five Hundred Million Naira, through New Map, a World Bank assisted project. They have mobilized to site.

“When we came in, we were confronted with litany of petitions bothering on land. Many complained that their lands were taken forcefully, even when they had Certificates of Occupancy. We have constituted a Judicial Panel of enquiry on lands to look into issues around land acquisition in the state. Please, no one is targeted.