Skip to content
You are here: Home » NEWS » Gbajabiamila reveals collaboration between House of Reps, Red Cross towards IDPs’ protection 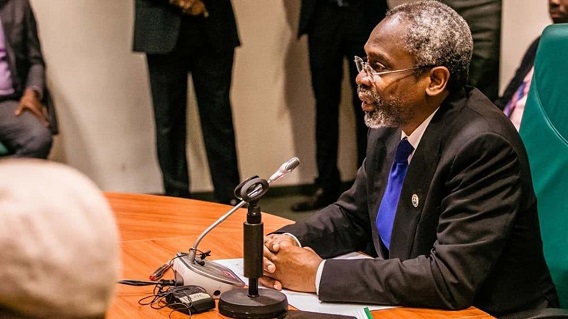 The Speaker of the House of Representatives, Femi Gbajabiamila says the house will collaborate with the International Committee on Red Cross (ICRC); to ameliorate the challenges Internally Displaced People (IDPs) go through.

Gbajabiamila spoke when he hosted a team of the ICRC led by the head of the organisation in Nigeria, Mr. Eloi Fillion, on Thursday, February 13 in Abuja.

He also said the house would follow the necessary steps to domesticate the Kampala Convention on IDPs; which would go a long way in addressing their plight.

‎”I want to thank you for your role, particularly in the Northeast; if not for you, I do not know how we will describe the situation.

“We are more than happy to collaborate with you, I am glad you are working with my Special Assistant on IDPs; he has a lot of zeal for the work, we always look forward to collaboration such as this,” he said.

On the request of the ICRC team for the house to domesticate the Geneva Convention and the Kampala Convention; Gbajabiamila said there was a need to have more details.

He raised concern that a situation where some international conventions demanded that organisations such as ICRC could provide assistance to both soldiers and insurgents; at the same time would not augur well for the country.‎

He said that should the house domesticate the conventions, different states had to do the same.

Gbajabiamila called for the list of treaties that needed domestication in Nigeria; saying that the Committee on Treaties, Agreements, and Protocols would work on.

Earlier, Fillion said the ICRC would want to collaborate with the house in a number of areas to achieve its mandate in Nigeria.

He called for the domestication of the Geneva Convention and the Kampala Convention on IDPs.

Fillion said the international community had given ICRC ‎specific mandate to deliver humanitarian services; saying that they were independent and neutral in carrying out their mandate.

‎He said the ICRC would organise a workshop; ‎where all issues relating to its activities and what it sought to achieve would be thrashed.