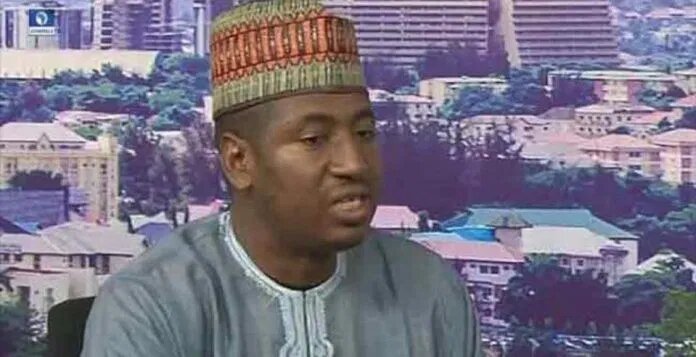 The National President of Miyetti Allah Kautal Hore, Bello Abdullahi Bodejo, has said that the Fulani own Nigeria and will rule the country forever.

Abdullahi also revealed that his organisation had concluded arrangements to flag-off its own security outfit with about 5,000 to 100,000 vigilantes to be deployed across all the states of the country.

He said that Fulani don’t need permission from anyone to settle in any land of their choice because Nigeria belongs to them and they founded it. The Fulani leader said that like Amotekun, where the States Houses of Assembly in the South West made laws to back it up, the Fulani security outfit won’t be needing the law to support it because every place the Fulani find themselves, “that is their own Assembly.”

Abdullahi stated this in a new interview, adding, “My organization, Miyetti Allah Kautal Hore, we are trying to set up our own security outfit. “We are considering starting with 5000 personnel. While their own is Amotekun, our own name shall be unveiled soon. We have not decided on its name, maybe, it may be called, Miyetti Allah Vigilante.”
He explained that the Coronavirus has delayed the take off of the outfit because of the social distancing policy even though “nothing concerns Fulani man with Coronavirus.” “We are meeting, anytime from now, we make our plans public. We will first start with 5,000 personnel,” he said, adding that, “It is going to be across the country because there is no any angle you cannot find the Fulani in this country.”

He said that even though personnel of this security outfit are meant to tackle rustlers and bandits with guns and other weapons, they (the new security outfit) will not bear arms but will use the same sticks they use to control cows, adding that “stick is enough to use for their defence.” He insisted that the Fulani has the rights “to go and settle in any bush in this country without asking anybody for permission.” “It is not against the law in this country. Who would they go to take permission from, is it the animals in the bush?” He said that no one can drive away the Fulani because “They produced Nigeria. “They produced the first prime minister. If they produced the first president, another president, another president and so on, are they not the owner of the country? “Fulani are ruling Nigeria and they must continue to rule the country forever. That is the truth.”

Nigeria To Uganda: Lady Calls Out Influencer For Owing Her Money