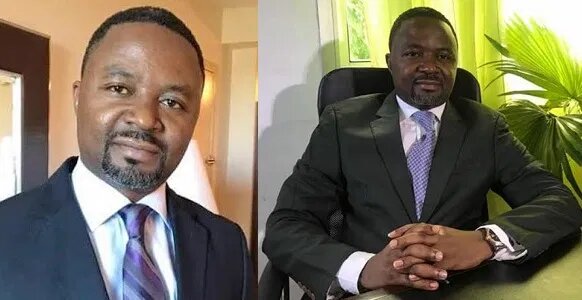 Cameroonian pastor, Frankline Ndifor, who claimed he could cure COVID-19 and reportedly laid his hands on dozens of confirmed and suspected cases to “cure” them, has died of the disease.

Media reports indicates that the 39-year-old pastor died on Saturday and was buried in front of his residence by workers of the country’s COVID-19 response team in Douala.

Weeks earlier, the cleric had hundreds of people suspected to have contracted the disease throng his church, Kingship International Ministries Church, for prayers. The pastor, a former presidential candidate of the 2018 election in his country reportedly laid hands on them while praying for their healing.Coronavirus

Ndifor was, however, said to have subsequently taken ill with respiratory difficulties after contracting the disease. Gaelle Nnanga, the medical doctor, who was called to treat the self-acclaimed pastor, said Ndifor died less than a week after being diagnosed with the novel
Rigobert Che, one of the deceased’s follower, said he visited the late cleric last Wednesday alongside others who suspected they had the virus.

“This is a pastor that has been laying hands [on the sick] and claiming that he cures COVID-19,” the media outlet quoted him to have said.

“If you, the person that claims that you are curing COVID-19, you are dead, what about the fellow people that were affected by the COVID-19? Now that he is dead, I do not know how the people that he was laying hands on will be healed.”