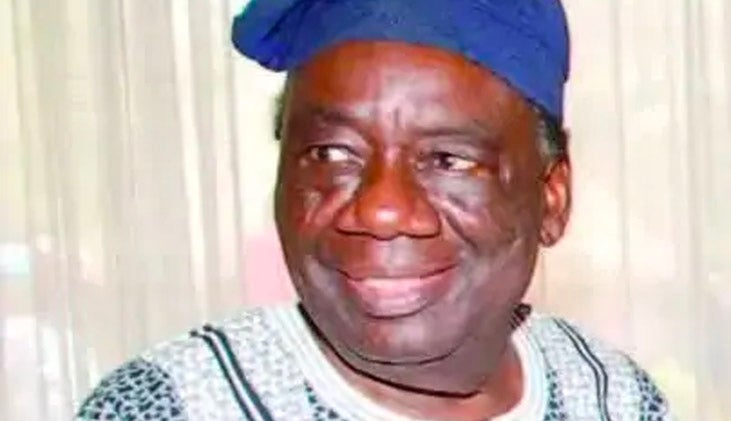 Former Attorney-General of the Federation and Minister of Justice, Chief Richard Akinjide, is dead.

Akinjide passed on at the age of 88 in his Ibadan residence, the Oyo State capital.

1st News gathered that the legal icon, who died of complications from a protracted illness; around 1 am, had been sick for three years.

A family source told newsmen that Akinjide died on Tuesday morning; at his Ibadan residence during a suspected age-related illness.

The Public Relations Officer of the University College Hospital, Ibadan, Mr Toye Akinrinlola, confirmed to newsmen; that the former Attorney General was brought in dead at about 2 am on Tuesday.

Akinjide, an Ibadan high chief, was born in Ibadan, in the early 1930s to an influential family of warriors.

He attended Oduduwa College, Ile-Ife in Osun State and passed out with a distinction (Aggregate 6). The Senior Advocate of Nigeria proceeded on his educational journey to the United Kingdom in 1951; and was called to the English Bar in 1955.

He was later called to the Nigerian Bar and established Akinjide and Co., a legal firm.

He was a Minister of Education in the first republic, under Alhaji Tafawa Balewa; and Minister of Justice in the second republic; during the administration of former President Shehu Shagari.

Akinjide was a member of the judicial systems sub-committee of the Constitutional Drafting Committee of 1975-1977; and later joined the National Party of Nigeria in 1978; and became the legal adviser to the party.

While serving as the Attorney General of the Federation Nigeria temporarily reversed the executions of armed robbers.