Skip to content
You are here: Home » NEWS » FG urges US to remove Nigeria from visa restriction list

FG urges US to remove Nigeria from visa restriction list 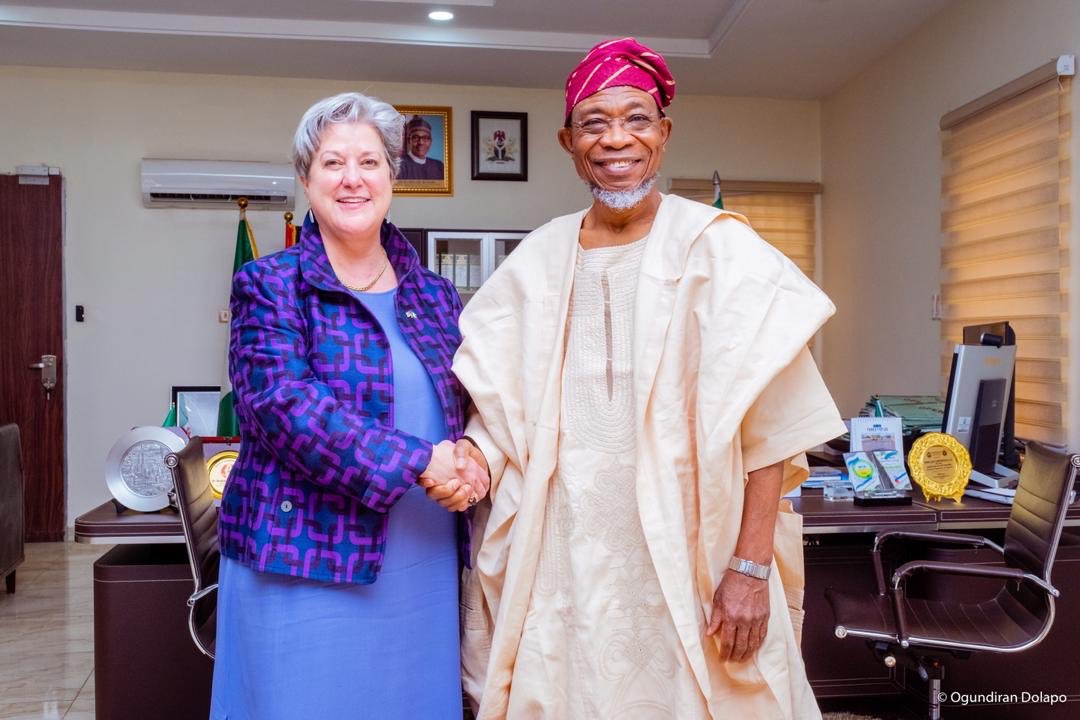 The Federal Government (FG) has urged the United States to revoke the new visa restriction placed on Nigeria. Equally important, the visa restriction is set to come into effect today, Friday, February 21, 2020.

Minister of Interior, Ogbeni Rauf Aregbesola, made this call on Thursday, February 20.

He was speaking during a working visit by the US Ambassador to Nigeria; Amb. Mary Beth Leonard to his office in Abuja.

Among other issues discussed by the Minister and the US Ambassador were the visa reciprocity policy vis-a-vis; length of visa validity, partial refund for rejected visa applications, use of Dropbox, amongst others.

US Ambassador to Nigeria (@USEmbassyAbuja) Amb. Mary Beth Leonard has paid a working visit to the Minister of Interior, Ogbeni Rauf Aregbesola at his office in Abuja.

This was disclosed in a statement released by the Ministry of Interior.

Nigeria has complied with most of the concerns raised by US, FG says

“Nigeria is too important an ally of America to deserve such a sanction. We are positive that the visa restriction is a temporary one. It will soon be put behind us,” the statement quoted Aregbesola as saying. Furthermore, the former Osun State governor had revealed that the FG had complied with most of the concerns raised by the United States.

Meanwhile, 1st News reports that US President Donald Trump had included Nigeria and five other countries; in an expanded version of a travel ban list announced in early February. Specifically, the Trump administration had accused Nigeria and the others of failing to meet US security and information-sharing standards; necessitating the new restrictions.

However, the visa ban on Nigeria had been met with particularly harsh criticisms from several quarters. Indeed, a voluble section of the US media has also criticised the decision; noting that it smacks of discrimination and policy incoherence. In fact, analyses by most media organizations affirm that Nigerians actually fit into the right profile of immigrants the US needs; especially in view of their high education/literacy standards and aspirational mindset.