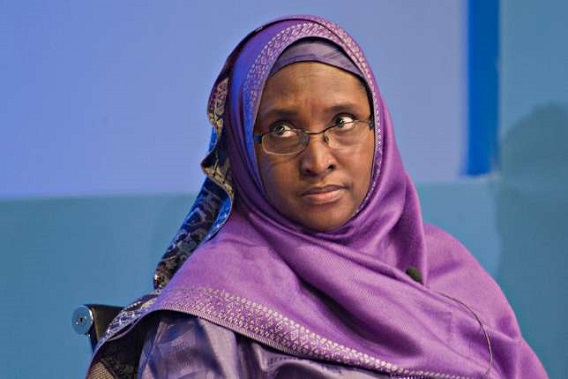 The Federal Government (FG) says it has applied for a $3.5 billion request from the International Monetary Fund (IMF) and African Development Bank (AfDB) to access concessional funding to support the implementation of the 2020 Budget.

The Minister of Finance, Budget and National Planning; Zainab Ahmed disclosed this during a news conference on fiscal stimulus measures; in response to COVID-19 pandemic and oil prices fiscal shock in Abuja on Monday, April 6.

Ahmed explained that the FG applied for $2.5 billion from the IMF on behalf of the states and Federal Government.

She added that the FG had sought $1.5 billion; while one billion dollars would go to the states from the IMF request.

According to her, the sum of one billion dollars is also being expected from AfDB.

Ahmed disclosed that the IMF’s COVID-19 Rapid Credit Facility would be drawn from Nigeria’s existing holdings with the World Bank Group and International Monetary Fund.

She said that the loan would not be tied to any conditionalities; adding, however, that it was important to also clarify that Nigeria did not intend to negotiate or enter into a formal programme with the IMF at this time; or in the foreseeable future.

Ahmed stated that though a minimum of six weeks was required to process the funds; the FG would do everything possible to access it within two to three months in order to use it in good time for what it was meant for.

Meanwhile, the minister also disclosed that the Nigeria Centre for Disease Control (NCDC) had access to a Regional Disease Surveillance Systems (REDISSE) facility from the World Bank; in the sum of 90 million dollars.

She said out of this fund, eight million dollars had already been drawn; while the country requested to fully draw down on the outstanding balance of 82 million dollars.

“The government has also requested for additional financing in the sum of 100 million dollars from the REDISSE project to meet COVID-19 emergency needs in all the 36 States and the FCT; through the NCDC and Federal Ministry of Health.

“This will enable us to expand the capacity of intensive Care Units (ICUs), enhance laboratory capacity, accelerate the procurement of test kits, strengthen surveillance mechanisms; as well as improve information management.

“We deeply appreciate the support we have received so far from our partners at the World Bank, IMF, AfDB and Islamic Development Bank, among others,” she added.

Buhari approves engagement of 774,000 Nigerians in fight against COVID-19