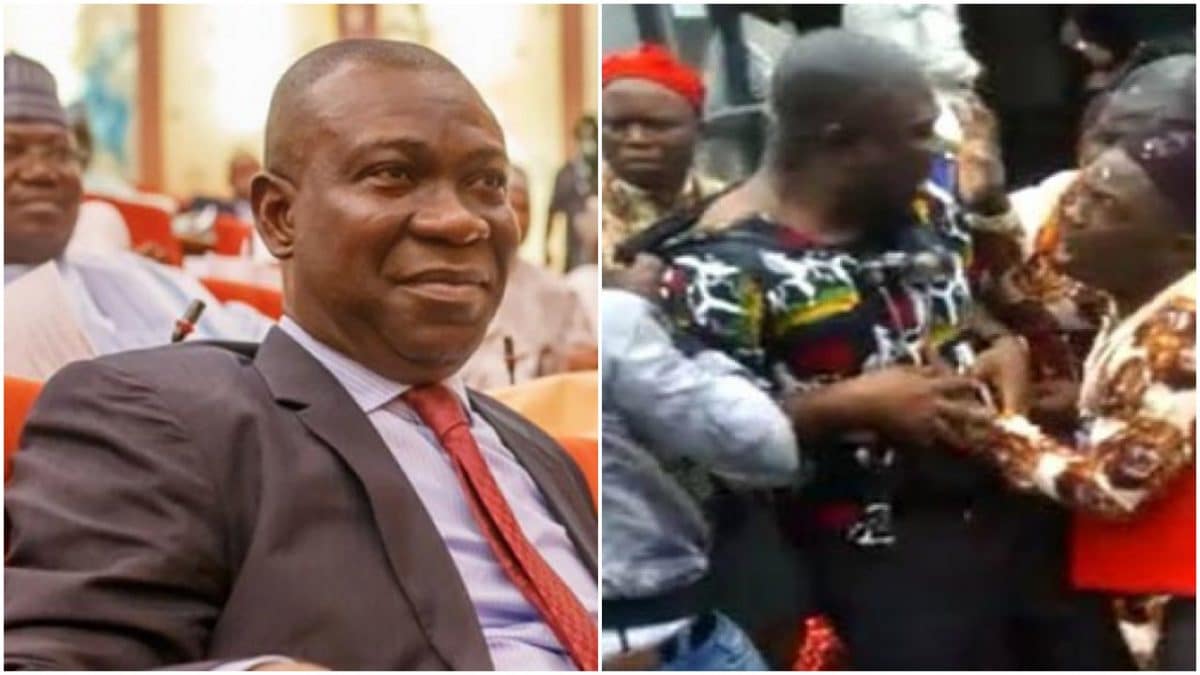 The Chairman of the Nigerians in Diaspora Commission, Abike Dabiri-Erewa, has condemned the attack on the former deputy senate president, Senator Ike Ekweremadu, in Nuremberg Germany.

Senator Ekweremadu, who was attending the 2nd Annual Igbo Cultural Festival as a speaker and special guest of honour at the event organised by the Ndi-Igbo Germany community, was beaten up and publicly humiliated.

Dabiri-Erewa in a statement on Saturday described the incident as an embarrassment to the country.

She stated that some of the culprits who perpetrated the act had been apprehended and called on the German government and law enforcement agencies to ensure they faced the consequences of their actions.

The statement reads, “It is also shamefully pathetic that an event which was nobly put together by the Ndi-Igbo community in Germany whose members make up the majority of Nigerians living in Germany, to amongst other things provide a forum for the Diasporans and various stakeholders to network and to facilitate a better cooperation between German and Nigerian businesses, ended up in such a disgraceful manner.”

She appealed to Nigerians to be of good behaviour wherever they find themselves “because such incidents tarnish the image of the country.”

Why we attacked Ekweremadu – IPOB