Skip to content
You are here: Home » NEWS » FG may review 2020 budget due to coronavirus impact on oil revenue 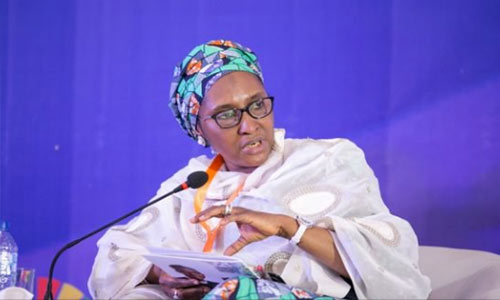 She also said a mid-term review of the 2020 budget will be carried to reflect the realities on ground, which includes the coronavirus outbreak.

The minister stated this when she fielded questions from journalists at the end of the meeting of the Federal Executive Council (FEC); which was presided over by President Muhammadu Buhari at the State House, Abuja, on Wednesday, March 4.

According to her, the international oil price has dropped to 52dollars due to coronavirus. This is below the budget benchmark of 57dollars per barrel ergo; impacting negatively on the nation’s estimated revenue for the fiscal year.

“We are concerned about the current drop in oil price because it’s now below our budget.

“I am glad to inform you that our oil production as of today is two million barrel per day and at times slightly higher. That in its self will be a cushioning effect for us in the current oil price.

“We will do a mid-term review, and if the impact is so much; we will need to do an adjustment in the budget working together with the National Assembly.”

The minister revealed that the Council approved the issuance of a sovereign guarantee to the tune of 85 per cent of the Engineering Procurement and Construction (EPC) contract for the Ajaokuta-Kaduna-Kano gas project.

She said: “This is not a new contract; it was previously approved by the council in 2017 in the sum of $2.89 billion. The memo of today is at a revised cost of 2.571 billion dollars; equivalent to a 10 percent discount of the original sum.”

According to the minister; the facility has an interest of 3.7 per cent with a 12-year repayment period and three years moratorium period.

“This project is one of the cardinal policies of this administration and it is very strategic to national development,’’ she added.

Ahmed explained that the project has a lot of positive impact on the nation’s economy; saying it would spur industrialisation and industrial growth as gas-based industries and power generating companies would be the key beneficiaries.