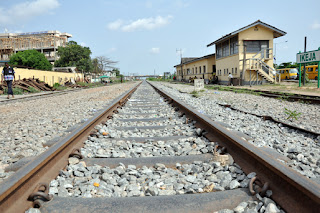 Umar stated this after the Council meeting presided over by President Goodluck Jonathan at the State House, the News Agency of Nigeria reports.

He said the council had also approved contracts for the procurement of air-conditioned trains which would be deployed to the Lagos-Kano rail axis in an anticipation of its formal opening before the Christmas.

He said the council also approved contract for the procurement of two sets of five-car diesel multiple unit with a capacity of 540 passengers.

The minister said contract for the procurement of additional six number of 60-seater passenger coaches for intra-city mass transit service had also been approved.

The contracts, he said, were awarded to Messrs CSR NANJIMG PUZHEN Co. Ltd. and Kin Tech Nig. Ltd with completion period of 13 months.

“As you are fully aware, the Federal Government is committed to the resuscitation of the railway system.

“The rehabilitation of the ongoing narrow gauge trunk is in progress. The Lagos-Kano which is Western axis will be opened for use before Christmas.

“It is against this background that government decided to place the order for the purchase of the 2 sets of the diesel multiple units which is a train that has two loco and three coaches all linked together.

“They are fully air-conditioned and it the type that you have in China, America and in other parts of the world. They are going to be used on the existing narrow-gauge tracks.

“We hope that by next year, when the Eastern corridor is fully rehabilitated, that is Port-Harcourt – Maiduguri, we will get additional supply of these locomotives and coaches,” he said.

Umar said FEC also approved contract for the consultancy services for the resident supervision of the construction of inland River port at Jamata, Lokoja at the cost of N121.114 million.

He said the scope of the consultancy supervision services was to ensure strict adherence to design specification and project completion within stipulated time.

The minister said FEC also approved a contract for the supply of radiation and explosive detective devices to be used by the Nigerian Ports Authority at the cost of N189.733 million.
According to him, the devices is used to determine the level of radiation of containers and other enclosed general goods and monitor radio-active materials at the ports.

In the same vein, the council also approved over N22.6 billion for construction and rehabilitation of two major roads in Enugu and Kogi states.

The Minister of State for Works, Alhaji Bashir Yuguda, who disclosed this to the correspondents, said that contract for the rehabilitation of Umana-Ndiagu-Agba-Ebinebe-Amansi Akwa Road in Enugu State was approved by the Council at the cost of N10.370 billion.

Yuguda said that the contract was awarded to Messrs CGC Nig. Ltd with a completion period of 30 months.

He said council also approved contract for the construction of Ogrute-Umuida-Unadu-Akpanya-Odoni Road in Enugu and Kogi states at the cost of N12.362 billion in favour of Messrs PW Nig. Ltd.
Also briefing journalists on the outcome of the Council meeting, the Minister of State for Power, Hajia Zainab Ibrahim-Kuchi, said three contracts for the Transmission Company of Nigeria was approved at the cost of N10.935 billion.

The power minister said the contracts were approved in tandem with the power road map to ensure sustainable supply of electricity to Nigerians.