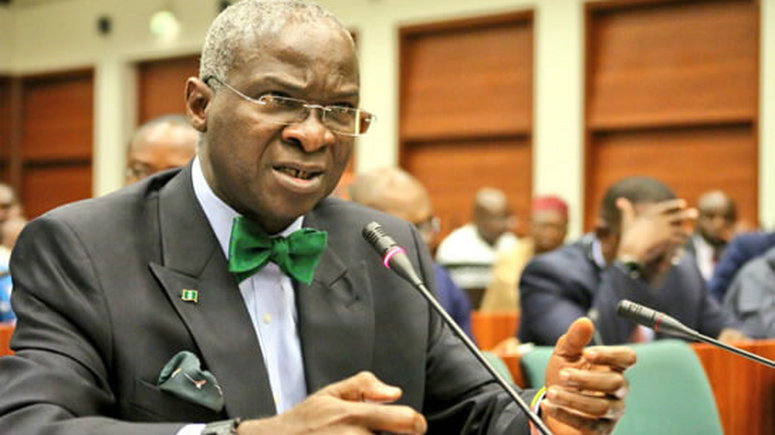 The Minister of Works and Housing, Babatunde Fashola on Tuesday, December 10, appeared before the debt management committee of the House of Representatives; to defend the loan request of President Muhammadu Buhari.

The borrowing plan was sent to the 8th Assembly in September 2016. However, it was approved in part.

Fashola appeared alongside the Minister of Finance, Zainab Ahmed and Minister of Transport, Sen Gbemisola Saraki.

The President is requesting approval for $22.7billion loan for different infrastructural projects.

The Debt Management Office recently revealed that the debt profile of the country stands $83.88billion.

Adding that, “In spite of these challenges, this government has committed under the leadership of President Muhammadu Buhari; to addressing frontally as much of the infrastructure needs as we can accommodate.”

He disclosed that his Ministry as at October is owing N306billion to contractors who already carried out projects.

“In my ministry, for example, we have 524 road projects currently being executed. Now what this has meant is that as at October this year, we were owing N306 billion to contractors for work already done.”