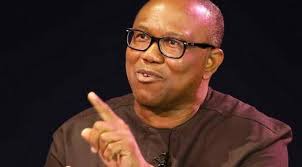 The Labour Party presidential candidate, Peter Obi revealed this during an interactive section as a special guest on the Sun Rise program.

Let me tell you what it is, he said. “They can look back and see what we did in Anambra state. In an event I attended yesterday, Gov. Fashola said, among other things, that no one could claim that Peter did not do a good job of serving his state, his people, and his country. The governor of Ekiti, Kayode, stood up and hailed me for my good works in Anambra State. These individuals at least are not employed by my party and are not members. Continuing, Fashola stated: “Doing good work has nothing to do with party or colorations, he said.

Three Top Managers In The English Premier League Who May Be Sacked Before The End Of The Season.