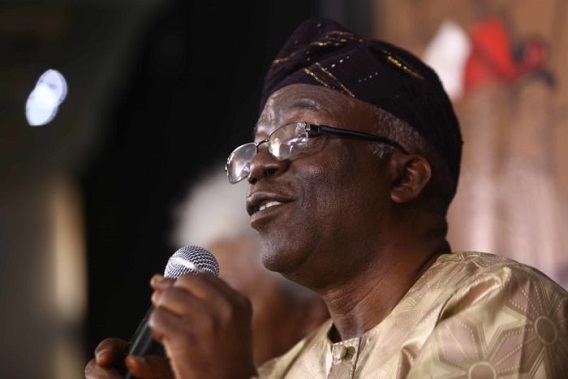 A lawyer-turned rights activist, Femi Falana, on Thursday, February 20; implored the Inspector-General of Police, Mohammed Adamu, to investigate the invasion of the Abuja home of Supreme Court’s Justice, Mary Peter-Odili.

1st News had reported that the home of Justice Odili was invaded during the week; following last week’s Supreme Court’s ruling on the November 16, 2019 governorship election in Bayelsa State.

This sequence of events led to Falana insisting the report of the police investigation should be forwarded to the Attorney-General of the Federation; Abubakar Malami, in order to prosecute people behind the invasion.

Falana said: “Never in the history of this country has a Justice of the Supreme Court been subjected to such embarrassment over his or her decision.

“This unfortunate incident would not rear its ugly head; if the full weight of the law had been allowed to descend on the gang of miscreants who invaded the Ekiti State High Court; and beat up a judge on September 23, 2014; and the armed security operatives who invaded the Abuja Judicial Division of the Federal High Court; on December 6 last year in a desperate bid to arrest Mr. Omoyele Sowore.”

“However; since All Progressives Congress (APC) and Peoples Democratic Party (PDP) have accused each other of sponsoring the protest; the Inspector- General of Police should conduct an investigation into the incident.”

Falana also asked the National Judicial Council (NJC) to take up the invasion of the Supreme Court’s justice home with President Muhammadu Buhari; since the right of Nigerian judges to decide cases without fear or favour is an integral part of judicial independence; guaranteed by section 36 (1) of the Constitution.

“On its part, the Nigerian Bar Association should follow up with the investigation and prosecution of the invaders,” he added.