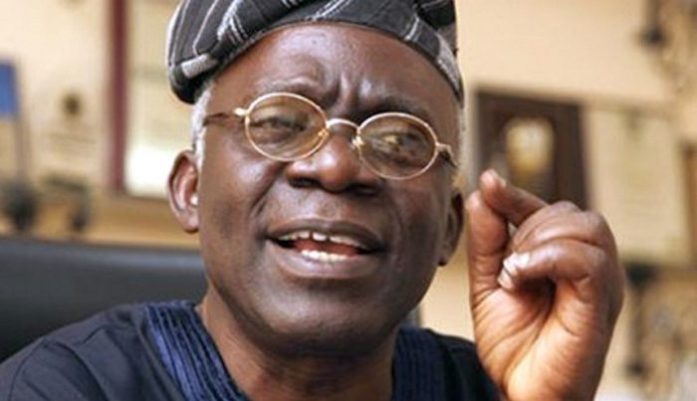 Human rights lawyer, Femi Falana has accused corrupt political elites as being responsible for rising religious intolerance in Nigeria. Falana made the accusation on Saturday, February 22, 2020. He was speaking at the 5th UFUK Dialogue International Conference on Love and Tolerance held in Lagos.

The theme of the Conference was `Countering Violent Extremism for Peaceful Co-existence.’

Falana alleged that some corrupt political office holders were the ones pitching the citizens against themselves. He cited this as a cover up to their corrupt practices so as to get an alibi.

“There are evidences that corrupt political office holders are the ones fueling religious intolerance in the country; just to cover up for their sins against humanity. The political leaders are not sincere with stopping all these vices because that is a way to distract the people from their corrupt cases while the people are battling, engaging themselves.

“As a person; people often ask me why I am standing in for a Muslim and the answer they get is that I don’t know anyone. I am defending all the oppressed irrespective of religious affiliation. However, our own leaders are busy spreading falsehoods about religion,” he noted.

Falana said that the two main religions in Nigeria have things in common. Hence, there should not be division for peaceful co-existence.

“There are many things the two religions have in common. One is that they believe that there is one God above all, they both fast and other similarities. There is no need not to live peacefully among ourselves if we believe in one supreme God. We should love ourselves because God is love, this is important for us to know.

“I have been in the position to advise some rich people to invest in education and establishment of industries; because that is the way to go to get our youths engaged,” Falana said.