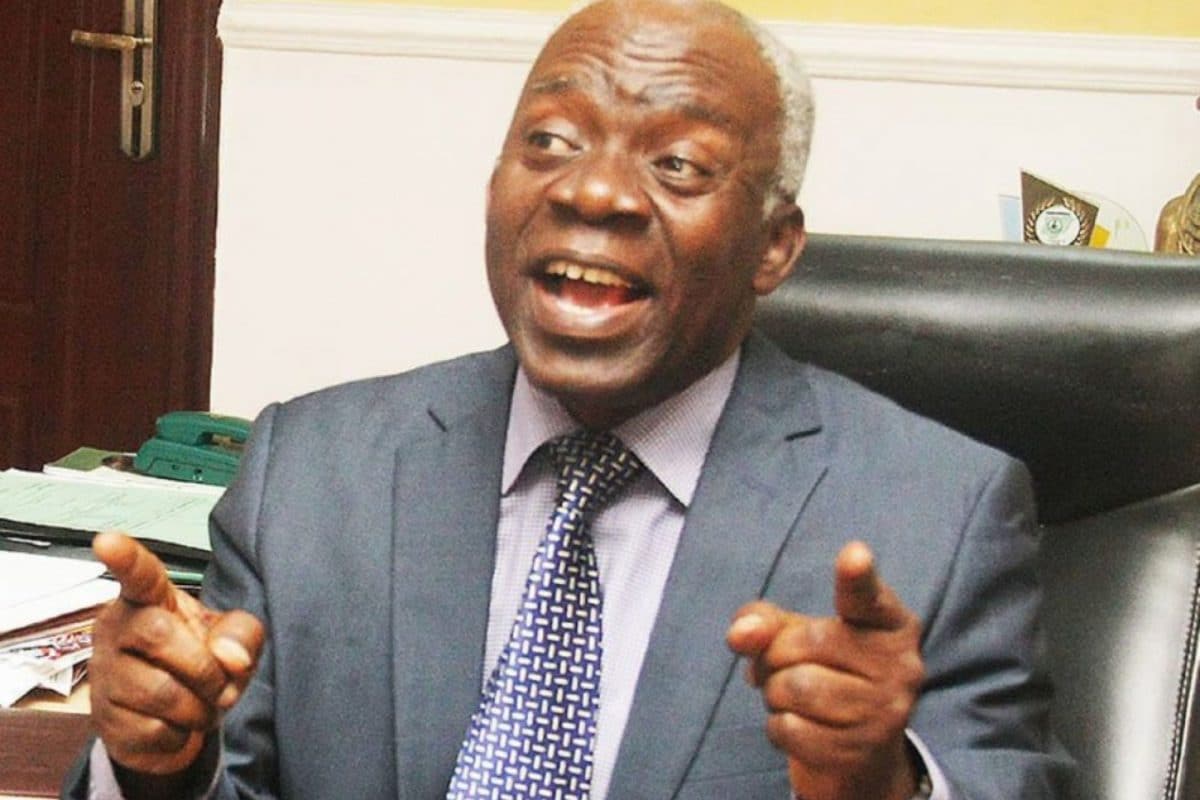 Falana, who made this call during a media briefing in Lagos; also urged the governors to forward a bill to the house of assembly of their respective state for the formation of Amotekun.

He said the absence of an enabling legal instrument for the establishment of Amotekun has been responsible; for why various interest groups in the country have continued to express divergent views

The statement reads: “Even though I had cause to join issues with Mr Malami over his legal opinion on the security outfit; I was compelled to call on each of the south-west governors to forward a bill to the house of assembly of each state for the formation of Amotekun.

“In the absence of an enabling legal instrument for the establishment of Amotekun; various interest groups in the country have continued to express divergent views on the needless controversy; that has trailed the official inauguration of the security outfit.

“Apart from those who are strenuously opposed to Amotekun; the concerned people in the south-west zone who have embraced the security initiative are entitled to know the law setting it up.

“Therefore, the attorneys-general in the states in the south-west zone should be saddled with the urgent responsibility; of ensuring that the enabling laws for Amotekun are enacted by the respective houses of assembly; without any further delay.

“However, the federal government should not resort to force or self-help in resolving the constitutional dispute.

“In a society where the rule of law prevails, self-help is not available to the Executive or any arm of government.

“In our democracy, all the Governments of this country, as well as organizations and individuals; must kowtow to the due process of the law and this they can vindicate by resorting to the courts for redress; in the event of any grievance”, he stated.