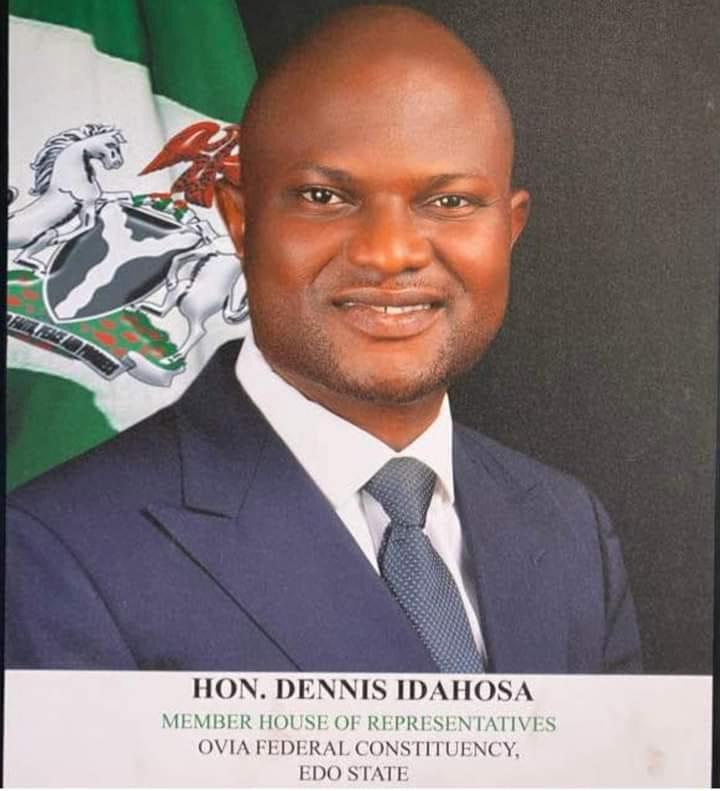 A member of the House of Representatives, Hon. Dennis Idahosa, has stressed the need to urgently fast track “massive” employment of youths by the three teirs of government in the country.

Idahosa who represents Ovia Federal Constituency in the Green Chamber, stated this in press release which was made available to newsmen in Benin on Monday.

He said the looting and burning of government and private properties that followed the endsars protest across the country was a testimony to the fact that millions of the nation’s youths are jobless.

Idahosa who is the Chairman, House Committee on Legislative Compliance, said though he supported the protest, but totally condemned the destruction and looting of properties that greeted the protest.

He however pointed out that the large scale wanton destruction that followed the protest would have been minimal if the youths were to be gainfully and productively engaged.

He noted that while he recognised the fact that government alone cannot provide employment for all of them, enabling environment needed to be created for them to learn skills and start – up package provided.

Idahosa stressed that if this seeming challenges was not given the attension it deserves, the event of the past few days may just be a child’s play.

He further stated that the challenges of unemployment was largely responsible for the problem of insecurity in the country.

According to him, “The most active working age population are the 18-24, and the 25-35 categories. They also constitutes the youth ages are articulated in the not-too-young-to-run age.

“The high rate of underemployment and unemployment among these age categories, can be a potent driver of insecurity in the society.

“What happened few days ago, again is an earlier warning to this country that another form of violence may erupt from this age category if their under-empowerment/ unemployment status is not seriously addressed.”

Nigerians Should Be Proud We Import Petrol from Niger Republic” – FG