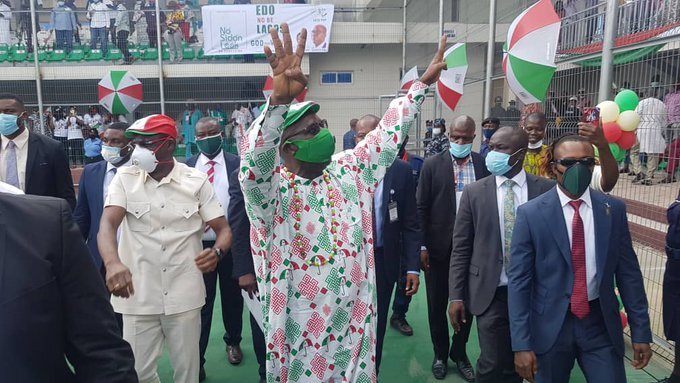 Godwin Obaseki of the People’s Democratic Party (PDP) has retained his seat as governor of Edo State after coming out victorious in the state’s governorship election on Saturday against the candidate of the All Progressives Party (APC) Pastor Osagie Ize-Iyamu.

The Returning Officer of INEC, Prof. Akpofure Rim-Rukeh, who announced the results, decalred the governor as the winner of the polls havinig satisfied all requirements in line with the law.

15 political parties contested the polls which has now been recorded as one of the most recent conducted election free of violence and other irregularities that have continued to plague elections in Nigeria as compared to the Kogi and Bayelsa state elections.

Recall that Obaseki left the APC to join PDP after he was disqualified from conetsinmg the primaries due to certain discrepancies in his educational certficates.