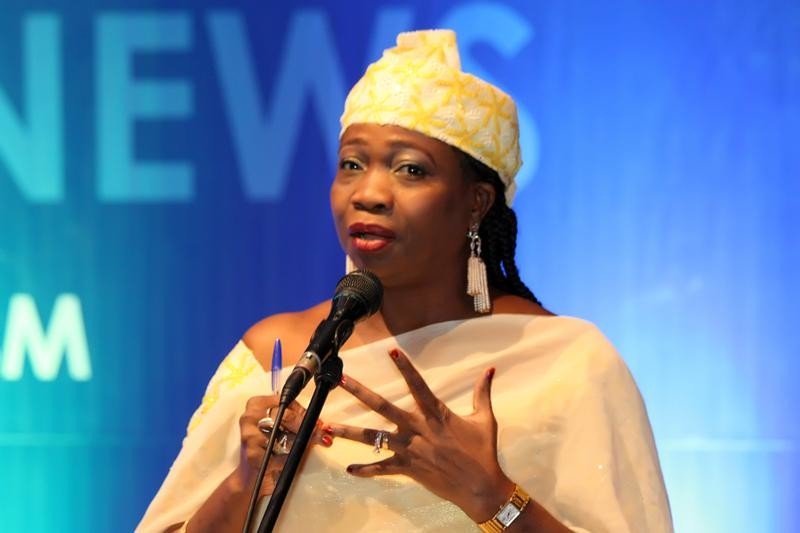 The ruling party over the weekend announced a seven-man committee for the governorship primary election scheduled to hold today (Monday).

The All Progressives Congress has been called out by the Chairman of Nigerians In Diaspora Commission, (NIDCOM), Abike Dabiri-Erewa, over its decision to exclude women in the committee for Edo State Primary Election.

The ruling party over the weekend announced a seven-man committee for the governorship primary election scheduled to hold today (Monday).

The party had posted a picture of the committee headed by Governor Hope Uzodinma on its official Twitter page, which has only male as it members.

The statement alongside the picture reads, “Members of the Edo State Primary Election Committee led by Hope Uzodimma have arrived Benin City ahead of tomorrow’s exercise.”

Dabiri-Erewa in her reaction wondered why the party did not appoint any woman in the committee.

Meanwhile, the Chairman of the Edo Governorship primaries Committee, Hope Uzodinma on Sunday announced the procedures of the party’s primary.

The Secretary of the committee disclosed that voting would commence simultaneously by 8:00 a.m. in the 192 wards of the state.

He added that not more than 18 persons would be allowed to gather at the same time until the end of the voting exercise when results would be announced.