The legislative arm of Ovia South West Local Government Area of Edo, have suspended three of its councillors indefinitely over alledged illegal sitting where they purportedly carried out the suspension of the leader and the Chief Whip of the House.

This was part of the resolutions made by the six councillors during their plenary on Tuesday.

The leader of he legislative arm, Rt. Hon. Robert Ekeme Fiyes, who presided over the sitting, also lifted the suspension of the council’s Vice Chairman, Mr Fred Aimienwanwu who was also illegally suspended by the three councillors.

In its resolutions on Tuesday, the legislative arm of the Ovia South West local government, also summoned the council Chairman, Mr Destiny Enabulele to render the income and expenditure of the council to the House.

It would be recalled that the three councillors, from the 10 councillors in the council area, had forthnight ago, suspended the leader and his Deputy

Fiyes who had briefed newsman thereafter, attributed the suspension over their refusal to defect from the All Progressives Congress (APC) to the Peoples Democratic Party (PDP) with the council chairman.

Fiyes had said that their suspension was allegedly carried out in the private residence of a very influential chieftain of the party who is still in the Obaseki administration.

He further said the signatures of the seven councillors who did not partake in the alleged removal were forged.

“We are not aware of any impeachment; our signatures were forged into a document and three of our members went to the house of a leader of APC who is not even from our local government but in government and purportedly removed the leader and suspended a councillor.

“The allegation is that we are not loyal to the chairman who is supporting Governor Obaseki,” he said.

But when contacted, the chairman of the council, Enaulele, denied allegation of such development.

According to him, “I am not aware of such, we operate independent arms of government but I have been informed that I have a letter from the legislative arm which I have not even seen.” 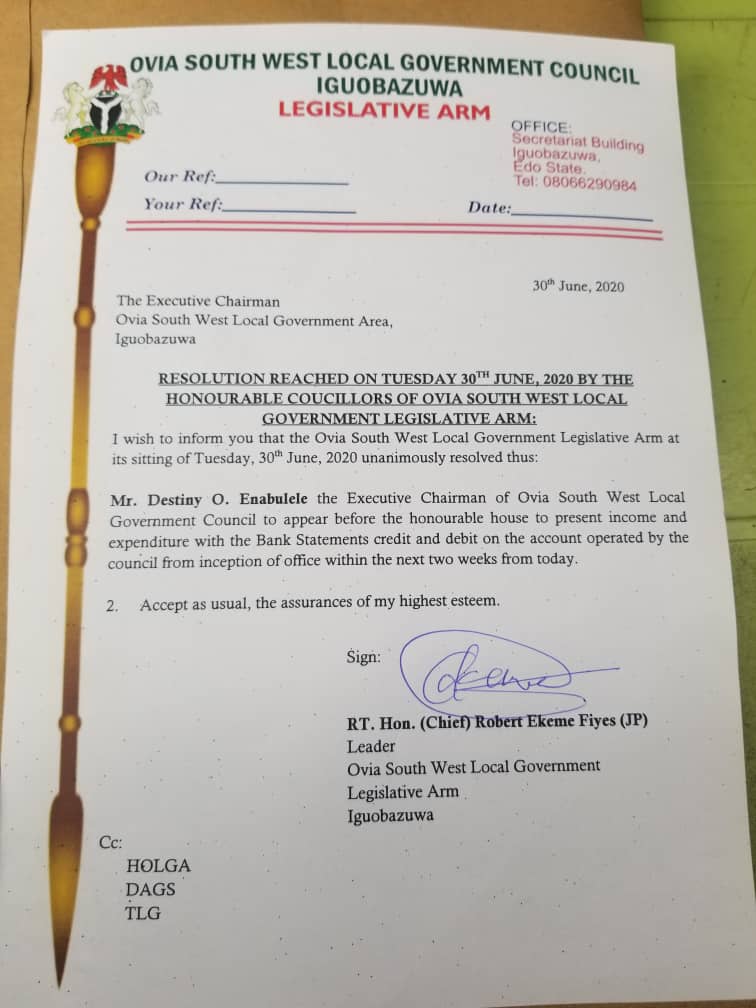 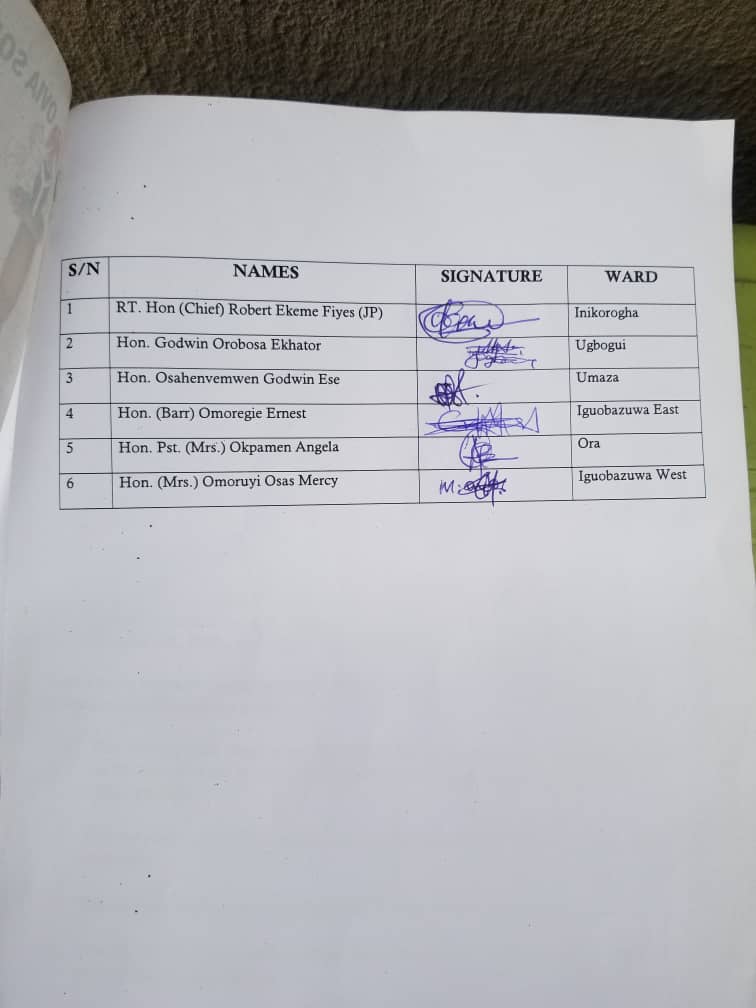