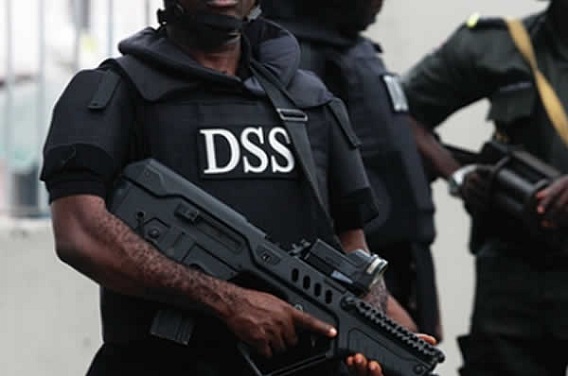 The Department of State Services (DSS) on Saturday, February 29, revealed that the Presidency ordered the investigation of a trader, Anthony Okolie; for allegedly using a telephone line previously owned by President Muhammadu Buhari’s daughter, Hanan.

The secret police stated this in response to an originating motion filed on the matter by Okolie.

This was contained in a counter-affidavit filed at the Federal High Court, Asaba, Delta State, by the DSS.

The agency’s position was at variance with that of Hanan who had claimed she didn’t report any case to the secret police.

Okolie, who was detained for 10 weeks by the DSS; dragged the agency and the President’s daughter as well as MTN Nigeria before the court.

He has demanded N500million compensation for his ordeal.

In a counter-affidavit deposed to by one S.M Kayode on behalf of the DSS; the agency said it had the right to detain Okolie.

“According to the letter, the individual was impersonating a member of the first family to defraud unsuspecting members of the public; and specifically made contact with one Ahmed Halidu to whom he made monetary demands.

“Consequently, the first respondent’s service located the applicant (Okolie); who was the user of the line in Asaba and arrested him and transferred him immediately to the nearest locus of complaint about easy investigation.”

Okolie, according to DSS, immediately confessed to using Hanan’s former line to demand money from members of the public.