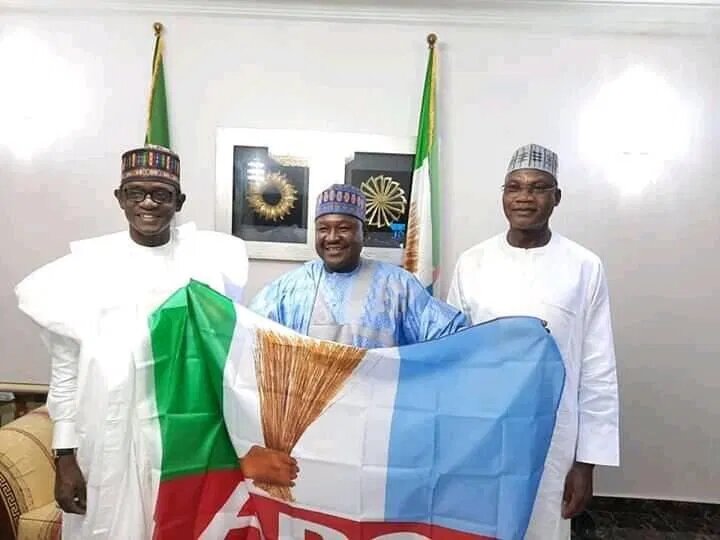 The senator has made claims of bad governance as reasons of his defection from the PDP to APC just like his political brother, Yakubu Dogara.

A former member of Senate in the 8th assembly who represented Bauchi Central Senatorial District, Senator Isa Hamma Misau has left the People’s Democratic Party (PDP) to join his political ally, who is a former Speaker of the House of Representatives, Mr Yakubu Dogara at the All Progressives Congress (APC).

Misau initially dumped the APC in 2019 ahead of the general elections.

The party returnee made known his decision to withdraw his membership from the PDP on Friday during a meeting with the APC Caretaker Chairman/Yobe State Governor, Mai-Mala Buni, at the Yobe Governor’s Lodge in Abuja.

The ex-senator lamented the worsening state of governance in Bauchi and hinged on it as reasons for his defection, adding that he made consultations for two months before finalising on this move.

He said; “We’ve been having a series of meetings and by the grace of God, I have moved to the APC to join my brother, Yakubu Dogara.

“You know, for the past two months, we have been talking about leaving PDP because, as you know, all politics is local and this is what my people want.

“We can’t fold our hands and watch as governance in the state is going from bad to worse. If we stay in PDP in Bauchi state, people will think that we’re part of the government. We have to move so that we will salvage what’s left.

In an almost immediate response to the development, the Bauchi State Chairman of PDP, Hamza Koshe Akuyam dismissed the ex-senator’s exit as a non-issue for the party.

The chairman also alleged that Misau defected to APC to avoid prosecution.

“You know, he has a lot of issues hanging on his neck to settle with the federal government as one of the contractors, so, he has to look for a safe haven in order to have rest.

“As he and others like him are going, many others are coming in to replace them. We are not afraid of anything to come 2023, it is like a river, when we get to the bank, we will create a bridge with which to cross it,” he added.