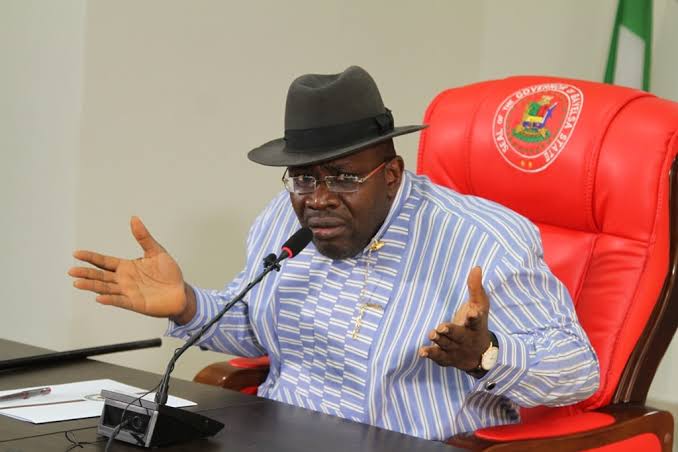 Governor Seriake Dickson of Bayelsa has reacted to the Supreme Court ruling that axed Governor-elect, David Lyon on Thursday. Dickson has called on all political parties to be calm and embrace peace over the ruling on the Bayelsa governorship poll.

Reported that the Supreme Court had nullified the victory of the All Progressives Congress (APC); at the November 16 governorship election that in David Lyon. Specifically, the Supreme Court had ruled that Lyon’s Deputy Degi Ereminyo submitted forged certificates. This development automatically disqualified the joint ticket and nomination of the candidates.

Subsequently, the apex court urged the Independent National Electoral Commission (INEC) to withdraw the Certificate of Return issued to them. It ordered the certificate to be reissued to the next party with the required constitutional spread.

Meanwhile, Dickson, outgoing governor of Bayelsa held that having peace and stability would move the state forward. He stated this while speaking at a media chat in Yenagoa on Thursday, February 13, 2020.

“I commend the Supreme Court judgment. I call for calm among parties. Let us have peace and stability. Everyone should take it in good faith. We should not do anything to cause breakdown of law. We must continue to run an inclusive system.

“The ruling court today has brought victory to all of us and we give all credit to God. I hail the Supreme Court as an instrument to deliver the judgment.

‘‘Therefore, I call for reconciliation among us as well as other parties in the state. As I will be stepping down on Friday, February 14; I am grateful to God and to the people of Bayelsa.

“I know all of you supported me despite difficulties. But I believe we have achieved tremendously in the past eight years.

“I urge you continue your support for me and our dear state,” the outgoing governor stated.